Mr Vegas plans to dominate the rest of 2015

Gyptian – All On Me | Official Music Video 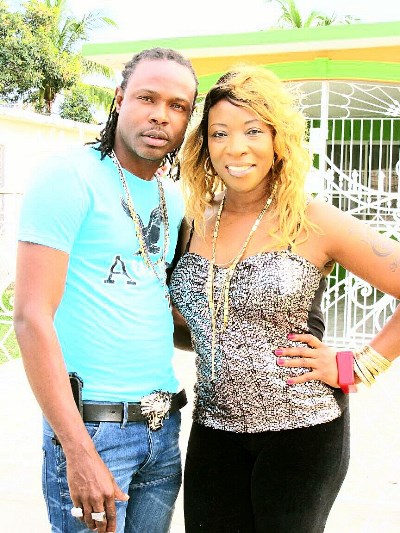 Dancehall artiste MackaDiamond recently recorded a collaborative single withMasterBling titled ‘Mi Want Yu’, that is getting a lot of rotation at local street dances in the Kingston Metropolitan area.

“Di song a get some crazy pull up inna di dance; some gal a run out pon di dance. people a put up videos on Instagram. it’sa great look; it a create havoc,” Macka Diamond said.

The song was recorded by engineer Spyda Stretch and mixed by Pete Foster from Black Scorpio.

Masta Bling has his own team of MoBay-based dancers, the Starstruck Girls, comprising Sue, Tara, Britney and Kelly campaigning in the Corporate Area.

“Right a now, campaign, later on a champagne,” he said.

Master Bling believes that it is the strong lyrical content combined with the driving dancehall beat that has made the song such a strong aphrodisiac for the female dancehall patrons.

“The girls dem a run out pon it. Macka Diamond bring out two dancers, too, and mi see some other girls walk out pon it. dem love di chemistry between me and Macka, and the money topic, a dat di girls dem love,” Masta Bling said.

He plans to do a video for the song, which is also doing well on dancehall mix tapes in Panama, Canada, Guyana, Zimbabwe and Costa Rica.

Last year, Masta Bling emerged as a major player in the new wave of Montego Bay artistes who are making a mark in dancehall. He first gained attention with the single Gallis on the Cannon Ball rhythm, which earned him a spot on Dancehall Night at Reggae Sumfest.