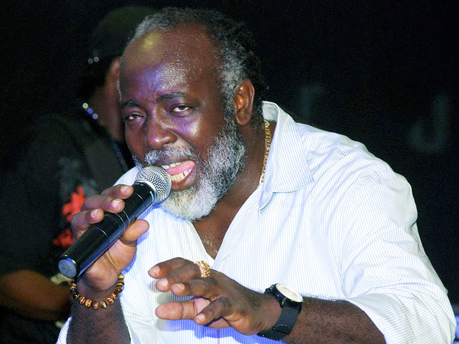 He is a pioneer of ska and reggae music and remains an icon of the genres. The Institute of Caribbean Studies will honour the legendary contributions of Freddie McGregor by presenting him with the 2013 Marcus Garvey Lifetime Achievement Award at the 20th Annual Caribbean American Heritage Awards (CARAH) Gala at the JW Marriott on Friday in Washington DC.

The Marcus Garvey Lifetime Achievement Award recognises an individual of Caribbean or Caribbean-American descent who has been instrumental in the development or creation of an essential facet of Caribbean culture.

Across the globe, McGregor is recognised as a legend of reggae. He has been a part of reggae at every stage of its development and has been crucial in shaping its evolution over the years.

“Each year, ICS [Institute of Caribbean Studies] is proud to present the Marcus Garvey Lifetime Achievement Award to an individual who epitomises commitment and unmatched contributions to expanding awareness about Caribbean culture. Freddie McGregor meets all these criteria and much more,” said ICS president and founder Dr Claire Nelson.

“As we mark out 20th year of honouring Caribbean stalwarts and emerging stars, we are honoured that Freddie will stand among our golden honourees for this year.”

McGregor will join seven other extraordinary persons being honoured by ICS for their accomplishments in science, art, culture, medicine and corporate stewardship.

The other 2013 honourees include