Doug and Mary pose for our camera 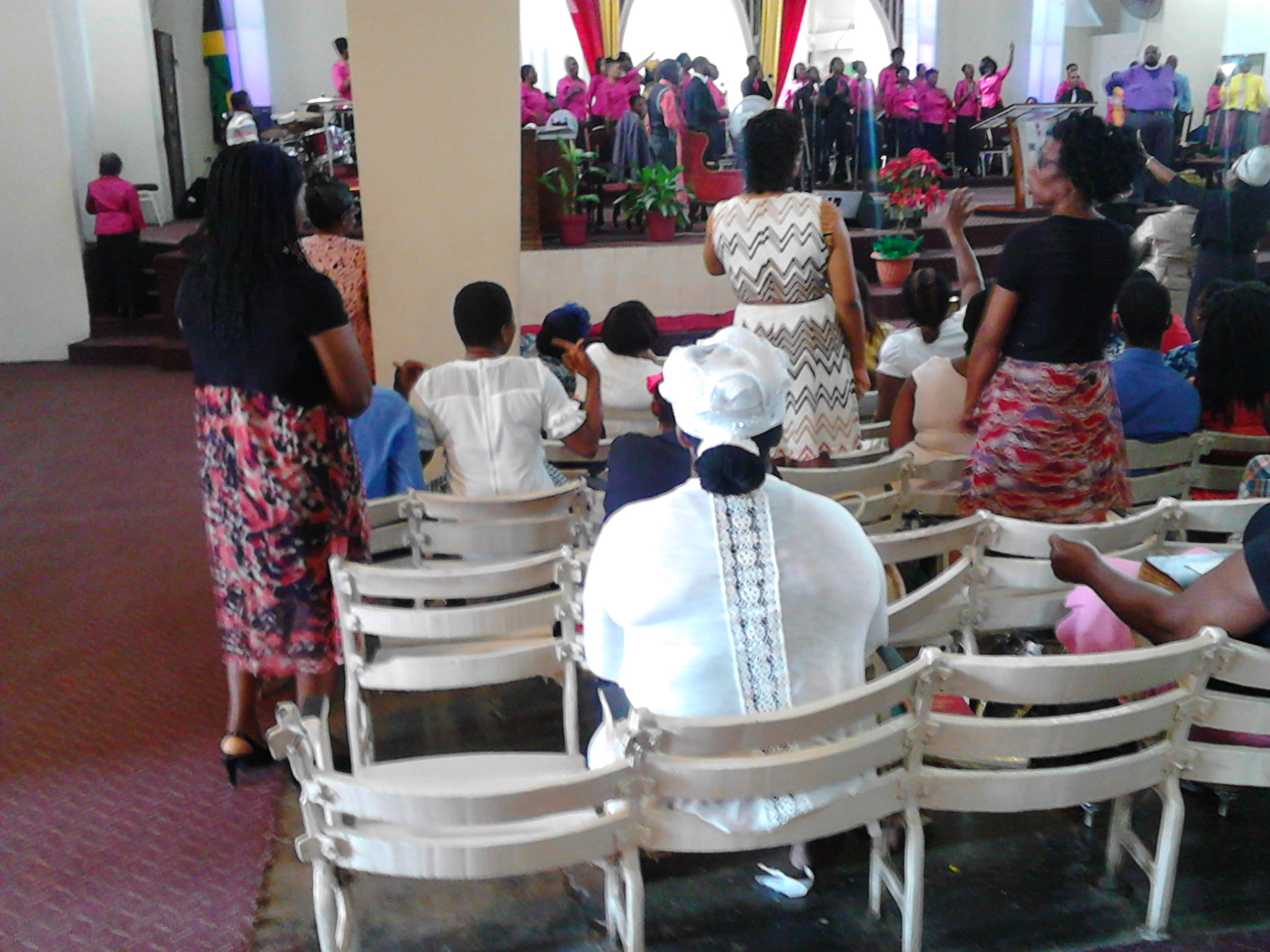 The service was on fire as Sister Marion Hall was observed retreating from her safe seat nestled behind a column which partially hid her from the preacher, but allowed her to peep and get full vision of happenings on the platform.

Neatly dressed in a cream full dress and black panty hose stockings and black needle heels that made the former superstar look six inches taller. With a gold wrist watch and shining diamond like studs on her velvet black shoes. She was elegant and looking very relaxed … raising her hands in response to the word. She was hat less. (Women in the church normally wear hats). In Jamaica we say “trash and ready” (meaning looking snazzy).

On a related story the newly converted Marion Hall is being referred to as “Evangelist” Marion Hall in religious circles.

Hopeton O’Connor-Dennie, Senior International Correspondent & photojournalist was there and filed this Picture Story for Vision Newspaper Canada. The image may appear somewhat blurred as she was moving.

Captured from a back shot … only possible angle … Marion Hall wearing a cream dress with low hair cut.