All Jamaicans Must Wear A Mask In Public – PM

PM Trudeau said inter alia: “Today we are all Nova Scotians”. This note of solidarity was most reassuring.

A gunman with a criminal past was able to legally buy guns and go on a shooting rampage in Canada. When the smoke faded some 18 innocent lives, including a veteran RCMP officer, a mother of two, randomly had their lives snuffed out along with burnt out vehicles and homes in Nova Scotia, Canada. This is the worst mass shooting ever recorded in Canada. The crime scene spreads across more than 90 kilometres. The suspect/shooter was finally killed by police. 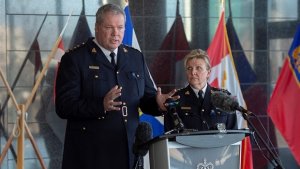 What would be regarded as a surreal occurrence by Canadian standards was in fact for real. We read about and see gun scenes play out in Western movies, but not in real life in Canada. Respect for life is supreme in this part of paradise. The USA record these events regularly in schools, malls … an ever so often mass shooting event repeatedly unfolds.

Will this latest shooting prompt real action on meaningful gun control?South of the border where they claim it is enshrined in their Bill
of Rights/Constitution to bear arms, such controls are virtually impossible to be made into laws. The powerful gun lobby called the National Rifle Association (NRA) use their vast wealth, lobbying skills, and influence to kill such initiatives at gun control. They argue that guns by themselves kill no one. It is crazy individuals who draw the triggers.

Many Jamaicans reside and study in Nova Scotia. This section of Canada is homes to many persons if colour. You will recall the underground railway route that slaves used to secure their freedom. One of the largest banks in Jamaica is The Bank of Nova Scotia now somewhat indigenize to be called Scotia Bank Jamaica. It has deep roots still in Canada. A relative of a friend was relocated to Nova Scotia recently to get further exposure and training there.

As lives get shattered by senseless acts of inhumane and anti-social behaviour. We wait with bated breath as to the response from the Federal government to this act of gun madness. Trudeau has long been in support of tighter gun control, but as the political landscape stands the Liberals no longer can operate unilaterally. The smaller parties have sway. In a coalition minor players can become a torn in the flesh of the party with the majority of seats that forms the government. They will support any proposed gun initiative if it suits their agenda. If not trade offs will have to be made and or compromises found. You may call it horse trading.

Andrew Scheer is leader of the Second party the Conservatives, in the Federal Coalition government headed by PM Justin Trudeau. Scheer happens to have been born in the USA. We are not sure how ingrained Scheer is in the gun culture South of the border. It would not be surprising if he is so minded. Will Andrew Scheer support gun control at the Federal level in Canada? Time will tell.

It is our further perspective that there needs to be comprehensive gun control in all of Canada. The Federal government must set the tone by leading Canada to where it wants the society to go. Reckless use of guns including high powered weapons is not the Canadian way.

This is our perspective. What is yours?  Feel feel to disagree.
Hopeton O’Connor-Dennie is poet,  journalist … who lived in Canada, and is also Senior International Correspondent for Vision Newspaper Canada.