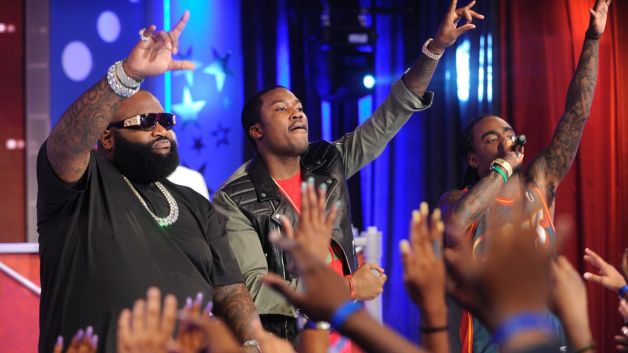 Before he kicks off an eight-city tour next month, Rick Ross and his Maybach Music team have another performance-related matter that requires their attention. MMG is being sued for missing a London show date last September, TMZ reports.

Ross, Wale, Stalley, Meek Mill and Omarion were billed to perform at the Wembley Arena and bailed on the gig after the promoter shelled out well over $100,000 in appearance fees, alongside an additional advance of $93,281.26 for flights and other expenses. Since negotiations reportedly broke down after Meek wanted to reschedule the show date, the promoters want the money returned.

Ross is no stranger to lawsuits, but 2013 has been a particularly rough year for the Miami rapper from various standpoints. Aside from being targeted in a drive-by shooting and the “rape lyric”controversy, he was sued by a tour promoter in April over a 2004 booking, and by a jeweler who accused him in June of reneging on an agreement to pay $90,000 for three custom Rolex watches.

His November tour, eight domestic dates, is scheduled in conjunction with the release of his upcoming LP, Mastermind.

For the original report go to http://www.bet.com/news/music/2013/10/04/maybach-music-crew-sued-for-skipping-london-concert.html