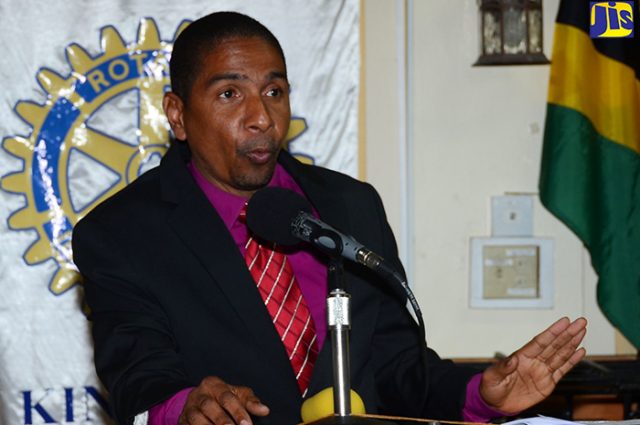 Significant changes are coming to the city of Kingston, particularly downtown Kingston.

“Business cannot be done in disorder, and so we need to start by restoring order in the city,” Mayor of Kingston, Senator Delroy Williams, tells JIS News in an interview.

“We have already got buy-in from the vendors. They know that although downtown Kingston is the largest shopping area outside of Half-Way-Tree, it can be better if there is more order,” he adds.

According to the Mayor, a Kingston and St. Andrew Municipal Corporation team will meet with the National Solid Waste Management Authority (NSWMA) and the Tourism Product Development Company (TPDCo), as it relates to the cleanliness and beauty of the city.

The NSWMA will clean the city on a daily basis, if required, and the TPDCo will select some areas for beautification and provide the requisite funds, he notes.

Mr. Williams says this arrangement should set the foundation for a raft of initiatives, one of which is the restoration of the Kingston Harbour to its glory days of being a cruise-ship port.

“We are taking steps to clean the Harbour, and investors have indicated their interest to come on board. This will be the catalyst in making Kingston a tourist destination once more,” the Mayor says.

Senator Williams tells JIS News that as part of the redevelopment of the city, “we need to take care of the less fortunate who make the streets their home”.

“I recently spoke with the Minister of Local Government and Community Development, Hon. Desmond McKenzie, and he has given me an undertaking that a home will be built for the needy,” he adds.

The Mayor says that St. William Grant Park is also getting its fair share of attention, as persons have been employed to maintain the park, there is Wi-Fi accessibility, the sanitary conveniences have been renovated, security has been enhanced, and the fountain is being rehabilitated and will be back in operation soon.

He notes that a section of the park is to be used as a recreational centre for children.

The Mayor points out that work will be done on some of downtown Kingston’s underutilised roadways, citing a resolution that was passed in January to rehabilitate Tower Street and to connect it to Pechon Street.

He also notes that Barry Street will be linked to Darling Street and Water Lane to make it easier to access the new bus park and the market district. “The aim is to ease the congestion,” he adds.

Senator Williams acknowledges the work done by the previous Council, under the leadership of Dr. Angela Brown Burke.

“I wish to build on that. They support the vision, including my predecessor, Dr. Angela Brown Burke,” he says.

Mayor Williams tells JIS News that he wants to be remembered as “the man who brought order and prosperity to the city, making it not only the commercial hub of the Caribbean, but one of the prominent cities in the world”.