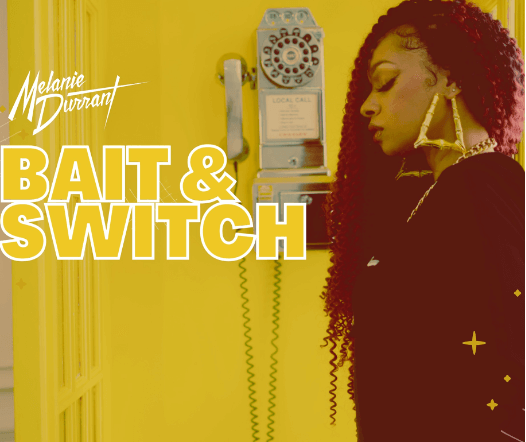 (Toronto, ON) – Award-winning, Canadian R&B singer Melanie Durrant released her new single and music video, “Bait & Switch.”  The soulful artist brings her signature edge to “Bait & Switch” produced by Mo’Jointz and CedSolo.  Durrant takes on relationship struggles, the raw honesty of the pain and the joy with the artists vulnerability on full display.  In the “Bait & Switch” video, directed by Toronto director The Knemesis, Durrant easily and effectively delivers the drama.  The Toronto-born singer’s art of storytelling and powerful penetrating voice leaves no room for doubt that Melanie Durrant is in the house and here to stay. You can find “Bait & Switch” off the new album ‘Where I’m At’.