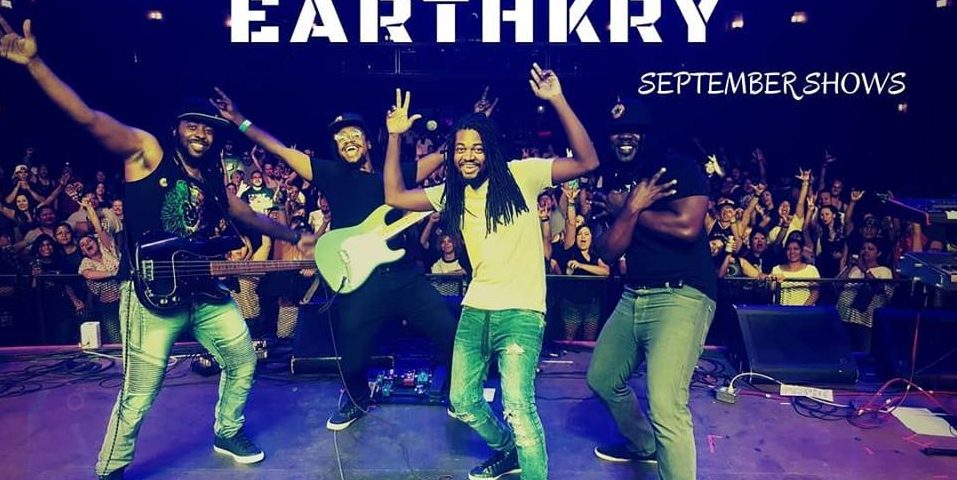 Kingston, Jamaica (MPR Consulting) – It has been a busy summer touring season for EarthKry as the self-contained band ended their successful tour with memorable performances in Italy, Switzerland, Germany, Netherlands, UK and Spain. Jamaica’s own Keyboardist Phillip Mcfarlane, Vocalist/Guitarist Aldayne Haughton, Drummer Kieron Cunningham and Bassist Kamardo Blake who proud themselves in authentic roots, rock reggae, have mesmerized reggae lovers with music from their popular Hard Road EP and debut album Survival. “It was a successful tour, lots of new territories for us. We not only performed at new festival, but to larger crowds. MainStage at Boomtownfair and Rototom are two examples. It was an overall great tour.” stated Phillip Mcfarlane.

As the ovewrwhelming positive reviews of the band’s tour are poruring in, “Earthkry delivered an outstanding set at Rototom Sunsplash earlier this evening. Earthkry’s hectic touring schedule, coupled with their discipline and natural talents has made them one of the finest bands out there; tonight they gave a Main Stage worthy performance Rototom’s Lion (second) stage.” – Pat Meschino, Billboard Magazine., the band has announced a two weeks US stint and their maiden voyage to Australia!On September 1st, EarthKry will head to South Carolina, North Carolina, Florida, Georgia, Massachusetts and Rhode Island for selected US shows (see dates below).

Having joined Katchafire on the earlier part of their Legacy U.S Summer Tour, EarthKry will again join the New Zealand’s reggae ambassadors for several shows in Australia. A first for the roots rock reggae band, who are humbled an excited to visit “The land down under”.“We are actually headed out to the states for 2 weeks. It is important for us to keep laying the foundation, this is grass roots work. So after 2 weeks, we will be back in Jamaica where we are finishing a single. then we head out to Australia. We have about 20 shows there with Katchafire, we are really looking forward to it as this is totally new territory for us, it will be magical” added the keyboardist.