Ujiri:No rush decisions on squad or coach after playoff disappointment 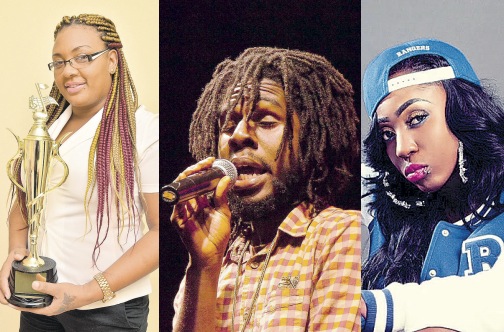 AFTER five years, the curtains have come down on the Music Industry Achievers (MIA) Awards, held at the Courtleigh Auditiorium in New Kingston, last Saturday.

Conceptualiser Nackesha ‘Queenie’ Doyley said the event — which recognises persons who have contributed significantly towards the entertainment industry — simply “ran its course”.

“It’s time to say goodbye. I want to thank everyone who supported me in one way or the other as it relates to this show,” she told the Jamaica Observer yesterday.

Doyley said she would be focusing her attention on her online radio and TV, which was launched in January 2015.

“We’ll be shifting our focus to QMIA Radio and QMIA TV as well our booking and public relations arm MIA Productions,” she said.

Meanwhile, the MIA Awards saw Chronixx and Spice dominating the event with three trophies each.

Chronixx picked up trophies for Reggae Artiste of the Year; Reggae Song of the Year — Clean Like A Whistle; and Best Collab of the Year — Who Knows featuring Protoje.

Kevin Downswell took home the Gospel Artiste of the Year Award, while Producer of the Year went to Not Nice.