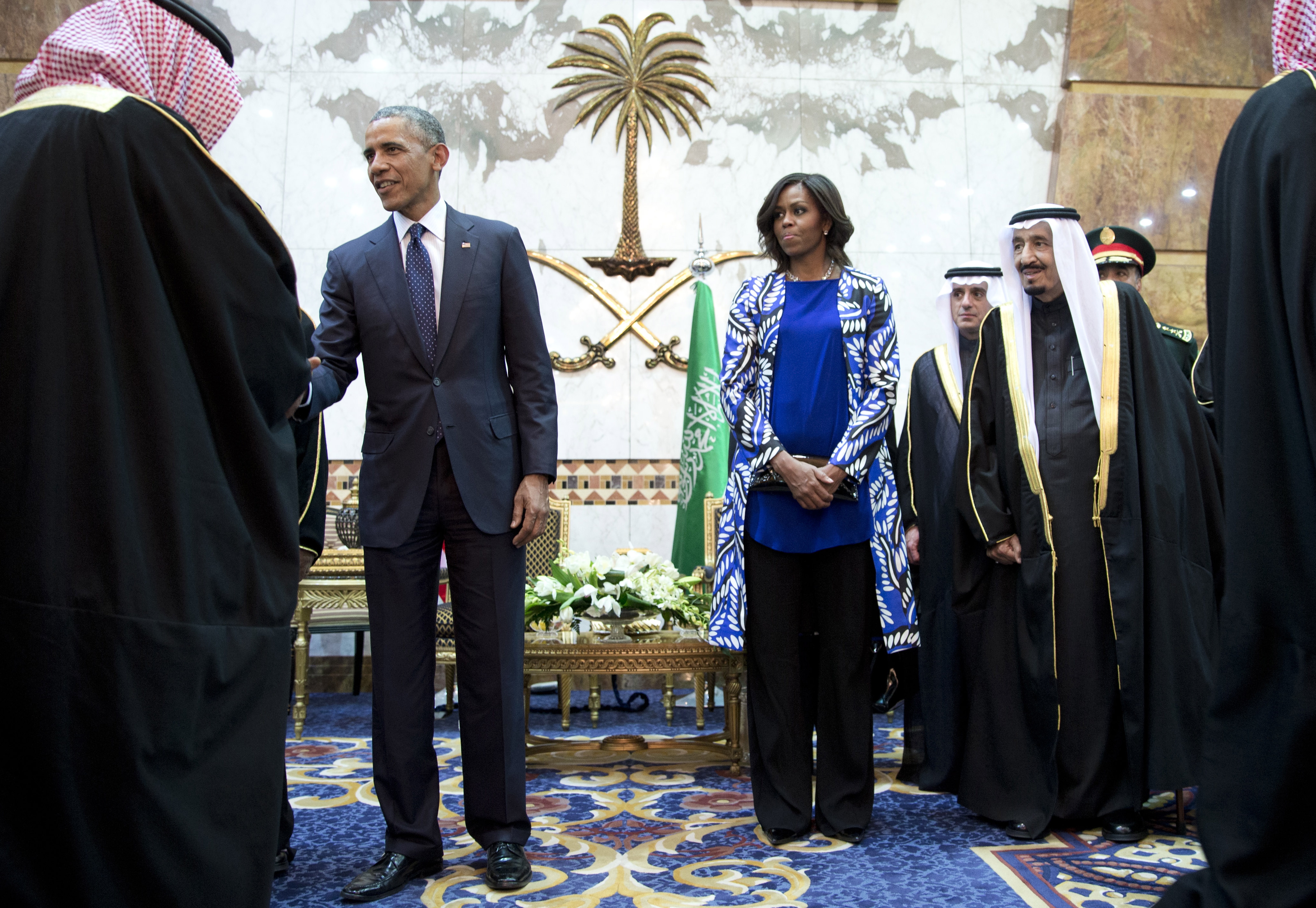 Joining President Barack Obama for a condolence visit after the death of the King Abdullah, Mrs. Obama stepped off of Air Force One wearing long pants and a long, brightly colored jacket _ but no headscarf.

Under the kingdom’s strict dress code for women, Saudi females are required to wear a headscarf and loose, black robes in public. Most women in Saudi Arabia cover their hair and face with a veil known as the niqab. But covering one’s head is not required for foreigners, and some Western women choose to forego the headscarf while in Saudi Arabia.

As a delegation of dozens of Saudi officials _ all men _ greeted the Obamas in Riyadh, some shook hands with Mrs. Obama. Others avoided a handshake but acknowledged the first lady with a nod as they passed by.

Saudi Arabia imposes many restrictions on women on the strict interpretation of Islamic Shariah (shah-REE’-yuh) law known as Wahhabism. Genders are strictly segregated. Women are banned from driving, although there have been campaigns in recent years to lift that ban. Guardianship laws also require women to get permission from a male relative to travel, get married, enrol in higher education or undergo certain surgical procedures.