Minister Bartlett Travels to Canada to Meet with Key Stakeholders 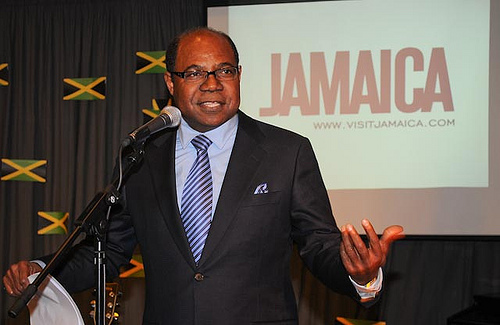 KINGSTON, Jamaica; August 29, 2016: Minister of Tourism Hon. Edmund Bartlett leaves the island today (August 29, 2016), for Canada where he will meet with key tourism partners, and participate in a series of crucial discussions on strategies to address a decline in visitors out of Canada and increase arrivals.

“In my first term as Minister we grew the Canadian market by 100%. We started with some 163,000 visitors from Canada and when our term ended we recorded approximately 370,000 visitors. So, our track record is of exponential growth in the Canadian market. However, there was a noticeable decline since 2015. We must now strengthen our marketing efforts to ensure that we once again register growth in this important market,” Minister Bartlett emphasized.

Research has indicated that the recent decline occurred because of the onset of a recession in the Canadian economy, which has been further exacerbated by the collapse in oil prices. The challenges within this market continued into 2016 and during the period of January to June of this year, arrivals from Canada are down by 9.8%.

The Minister and his delegation are scheduled to meet with representatives from various entities including Air Canada Vacations, Westjet Vacations, Sunwing Vacations, and Travelbrands. He will also host a reception dinner with tour operators, top retail travel agents, representatives of Jamaican hotels and the travel trade media.

“It is our hope that with our renewed marketing effort and the constant improvements we are making to the local tourism product, we will produce much better results in terms of visitor arrivals and earnings,” said Minister Bartlett.

The Minister will be accompanied by: Chairman of the Jamaica Tourist Board, John Lynch; Director of Tourism, Paul Pennicook; and Deputy Director of Tourism – Marketing, Marcia McLaughlin. The delegation will return to the island on September 1, 2016.