Minister Calls for Strengthening of Local Government Regime in Region 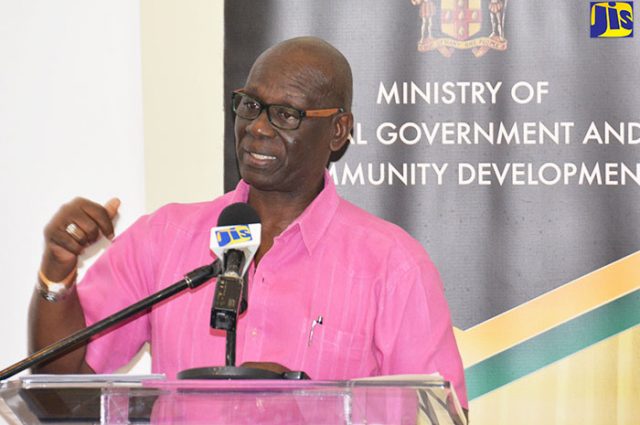 Minister of Local Government and Community Development, Hon. Desmond McKenzie, is calling for the strengthening of the local government regime in the region.

“There is a lack of a coordinated effort between countries in the region that actually practise local (governance). There are only a few countries that have such a system,” the Minister noted.

Mr. McKenzie told JIS News that he is hoping that the visit to Jamaica by Mayor Glen Ram, Chairman of the Mayaro Rio Claro Regional Corporation in Trinidad and Tobago, will help to rebuild the regional local government regime.

“We are hoping that out of this visit by Mayor Ram we can forge and develop a stronger local government fraternity in the region,” the Minister said.

Mayor Ram arrived in Jamaica on August 9 for a five-day visit, as the guest of the Ministry of Local Government and Community Development, to observe the local government reform processes.

While here, the Mayor will visit the Office of Disaster Preparedness and Emergency Management (ODPEM); meeting with the Mayors of Kingston and St. Ann’s Bay, and with representatives of the Social Development Commission (SDC).

For his part, Mayor Ram expressed gratitude to Mr. McKenzie and the Local Government Ministry for hosting him.

He explained that the primary objective of his visit is geared towards strengthening local government practices in the region.

Mayor Ram pointed out that there are many similarities between the two countries, in terms of local governance, and indicated that, currently, in Trinidad and Tobago there is an ongoing effort to strengthen the local government process, so the visit is indeed