Minister Daryl Vaz: The Horne Saga is a National Disgrace 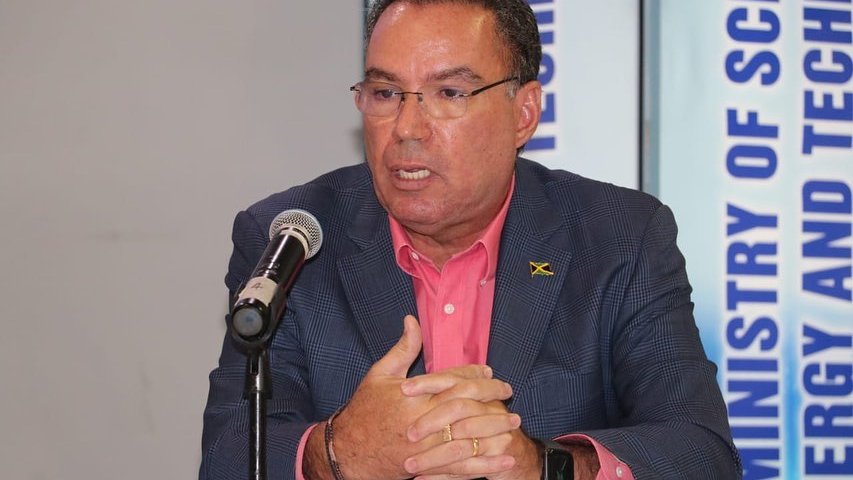 The Energy Minister  Hon. Dary Vaz was most critical of Dr. Peter Phillips on the subject of  Norman Washington Horne and his US Citizenship. “He did know of the eligibility to serve in our Parliament. ” said Daryl Vaz.

Minster Vaz and others had to resign or leave parliament prematurely due to the fact that he got his US citizenship through his mother.  Shanine Robinson was also caught up in the dual citizenship saga. She too like Vaz had to hold by-elections to re-enter parliament. It was a very costly venture for them both.

Phillips Has Questions To Answer

“Phillips has a lot to answer”  declared Minister Daryl Vaz who came out swinging against Norman Washington Horne and  Dr. Peter Phillips.

This is a stark contrast to comments made by Junior State Minister Robert Nesta Morgan.

The Information Minister has been described by journalist Hopeton O’Connor-Dennie in a perspective as “Constipated With Ignorance”.

Robert Nesta Morgan took an oath to defend the Jamaican Constitutional Arrangements yet he declared that Horne’s misconduct was “PNP business.”. What unadulterated nonsense!

The comments by Robert Nesta Morgan at a recent post cabinet press conference has not missed social media. He has been blasted for his lack of appreciation of the negative impact of the Norman Washington Horne’s impact and threat caused by Horne’s disregard for our constitutlional arrangements and unltimately our democracy.

Today we join with those who are wishing Minister Daryl Vaz happy birthday.  We are proud of you Minister Daryl Vaz especially the fact that you have come out swinging against Norman Washington Horne and Dr. Peter Phillips for the role they have played in the Senate appointment fiasco.

Minister Daryl Vaz has distanced himself from State Minister Robert Nesta Morgan’s unfortunate stance on the Senate appointment fiasco.  Morgan saw the assault on our Constitution as “PNP business.”

We hope Vaz will also come out swinging against the poor service and the ripping off of consumers that the telecon companies are inflicting on the public.  We are fed up of the poor treatment.

It should be of grave concern to all well thinking persons.  If you are committed to democracy, then any assault on our constitutlional arrangements or the Constitution itself is a serious threat to our democracy, as this affects us all and our way of life. This is not acceptable.

Someone need to lighten the darkness and ignorance of State Minister Robert Nesta Morgan … who has responsibility for information in the PM Andrew Holness led JLP government.

Should PM Holness relieve Robert Nesta Morgan of the information portfolio? This may make a lot of sense. What is your view?

Incidentally, Andrew Holness was found by the Court to have breached the Jamaican Constitution when he asked Dr. Chris Tufton and Arthur Williams to give him pre-signed letters of resignation as Senators.

Should Norman Horne, Dr. Peter Phillips and Robert Nesta Morgan be referred to as the three blind mice? This is our perspective. What is yours. As usual the verdict is yours.

Hopeton O’Connor-Dennie is a veteran journalist and keen watcher of politics internationally.