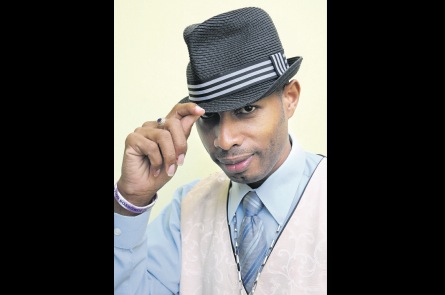 MINISTER Roger OA Shaw has worn many hats: financial advisor, events planner, counsellor, and musician. He, however, feels more comfortable in the one spreading the gospel.

“I grew up in the church. I like counselling. I like The Word. I feel freer when I’m doing this. I rather die doing this,” he told the Jamaica Observer.

The 39-year-old is currently promoting his latest album Time Is Running Out (a cappella).

Released in November, the 10-track effort was self-produced on his Alvaydo 1 Light Music Ministry label.

“All of the songs are original and straight a cappella,” he said. Shaw, who uses the moniker Alvaydo, said he was assisted throughout the project by Asley ‘Grub’ Cooper.

The tracks include Spiritual Sight, God Can, The Moment, This Is The Message and

the title track Time Is

The Church of Christ minister explained the motivation of doing an a cappella version.

“We [Church of Christ] don’t use instruments in music. Therefore, it made sense to create an album that we could use within our walls,” he said.

“It is also for non-Christians and the wider Christian community. Christians are turning a blind eye to the call to the ministry. As Christians, I question if we are truly making an impact on the lives of souls we are supposed to be winning,” he continued.

Shaw, who currently holds a Bachelor’s in religious Studies and another in preaching and biblical studies, is currently part of a five-member singing group Keys to Adore.

“I’m also using the album as a springboard for the group,” he said.

Hailing from Franklyn Town in Kingston, the former Kingston College student said he was drawn to music from an early age by his father. He said he used to listen to 45 records his father played on their verandah.

“I used to sing on the church choir. So, it was natural as breathing,” he said.

For the original report go to http://www.jamaicaobserver.com/entertainment/Minister-Shaw-goes-a-cappella_15548705#ixzz2n6E3jkst