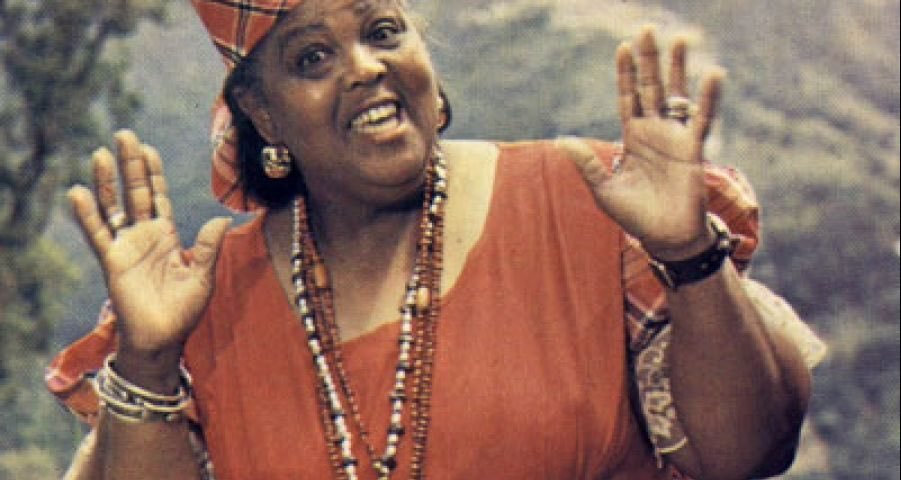 The Minister of Culture, Gender, Entertainment and Sport, the Honourable Olivia Grange, has announced plans for a new monument in tribute to the cultural icon, the Honourable Louise Bennett Coverley.

The new monument will be part of a ‘ Miss Lou Corner’ to be established at Emancipation Park in St. Andrew.

“Miss Lou Corner will feature life size statue of our m0ther of culture, but it will be a statue with a difference. It will depict the love and care Miss Lou had for children. She will be in a sitting position with children having the opportunity to literally sit in her lap, while listening to her reciting poems and telling stories.”

‘Miss Lou Corner’, to be established by the Ministry of Culture, Gender, Entertainment and Sport in partnership with the National Housing Trust and Fontana  Pharmacy, will be a Jamaica 60 Legacy Project.

Minister Grange made the announcement as she marked the 102nd anniversary of the birth of Miss Lou on Tuesday.

In her tribute, Minister Grange said that Miss Lou “really sensitized successive generations of Jamaicans to the beauty and richness of their mother tongue, music, dance, folklore and heritage, and helped to remove the stigma associated with celebrating Jamaican cultural forms.”

Minister Grange said the Government was working  to “ensure that current and future generations are aware of and develop an appreciation for Miss Lou’s significant contribution to Jamaican and our culture.”

In keeping with that commitment, the Government in 2018 established Miss Lou Square in Gordon Town, St Andrew, featuring a life-sized bronze statue of the author, poet, playwright, comedienne, performer, folklorist, social commentator, and children’s champion. It also established the Miss Lou Archive at the National Library of Jamaica in 2019 with information on her life and work. And recently, a mural in her honour was completed at the Public Broadcasting Corporation of Jamaica complex in Half Way Tree, St Andrew where Miss Lou hosted her pioneering children’s television programme ‘Ring Ding’ between 1970 and 1982.

The mural is part of series being done across Jamaica to mark the Diamond Jubilee.

Source  The Ministry of Culture, Gender, Entertainment and Sport