Everything Being Done to Have Normal Flights – Henry 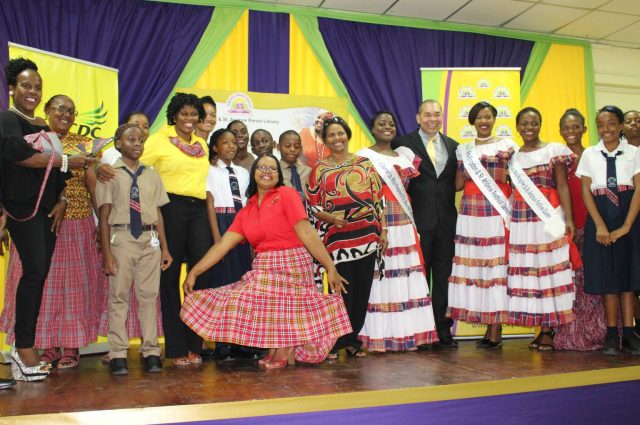 The late Louise Bennett Coverley (Miss Lou) has been hailed an important cultural icon, whose work transcended barriers and changed the way the world saw Jamaica.

He noted that she is the “only poet who has spoken the truth about our society, in our own language”.

“Through her poems, she was able to traction all the spontaneity and expressions of Jamaicans in respect of our joys and our sorrows, our religion and the philosophy of life that we live and so dearly cherish,” he said.

“Her writings, which transcend poetry to include short stories, songs and scripts, changed the way people saw Jamaica and Jamaicans; her dialect captured the culture of Jamaican people,” he noted further.

Mr. Hill said that Miss Lou was only 14 years old when she wrote her first dialect, and her writings, which included short stories, songs and scripts “changed the way people saw Jamaica and Jamaicans, and her dialect captured the culture of the Jamaican people”.

He was speaking at the unveiling of an exhibition on the life and work of Miss Lou at the Kingston and St Andrew Parish Library on Thursday (September 7) to mark the 98th anniversary of her birth.

Senior Librarian, Kingston and St. Andrew Parish Library, Debbie Bonnick, said the facility was happy to partner with the JCDC in staging the exhibition.

“The collaboration is timely because the Jamaica Library Service is also tasked to promote authentic and transformational culture, and who is more authentic than Miss Lou,” she contended.

The exhibit will remain open to the public throughout September. The JCDC has partnered with parish libraries across the island to stage similar displays during the month.

The opening ceremony featured a bandana fashion show, showcasing the national fabric, which Miss Lou popularised, and renditions of poems written by the cultural icon.