Grange: Shelly Ann’s Statue to be Unveiled on Sunday

PM Holness Extends Condolences to Haiti in the Aftermath of Earthquake 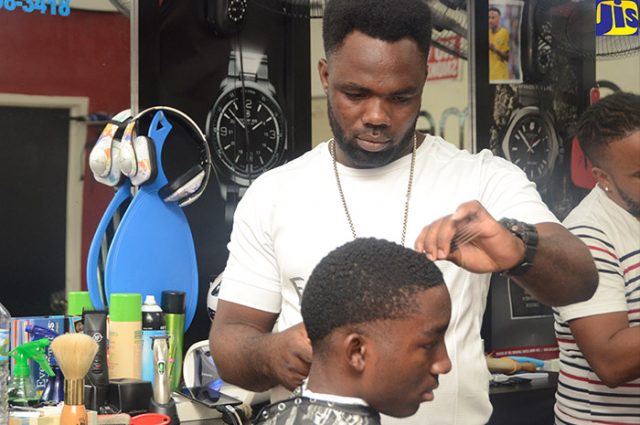 Jevon Lewis, Aristel Saint-Joy, and Lloyd Nelson will receive the Badge of Honour for Gallantry for their courageous efforts in rescuing five persons, including a baby, after heavy rains flooded roads and buildings in St James in November of last year.

The three will receive their award at the National Honours and Awards Ceremony, scheduled for Monday (October 15), National Heroes Day, on the lawns of King’s House.

Mr. Saint-Joy, a 22-year-old barber at Groomer’s Barber Shop on Union Street, Montego Bay, who hails from Anse-d’Hainault, Grand’Anse, Haiti, moved to Jamaica in 2014. He resides in Spot Valley, St. James, with his wife and two young daughters.

Thirty-eight-year-old Nelson, also a barber, lives at Hart Street, Montego Bay, and works at Shantia’s Salon (two doors down from Saint-Joy’s barber shop). He is the father of three children, and sometimes moonlights as a singer.

For his part, 27-year-old Lewis, who hails from Catherine Hall, Montego Bay, has been making a living as a fruit vendor on St. James Street, Montego Bay, for five years and is the proud father of a four-month-old son.

Wednesday, November 22, 2017 seemed like a regular rainy day to all three gentlemen. However, what they thought was a light drizzle turned into a lot more.

“I was at work waiting for the rain to stop, but then I looked outside and I noticed the water was rising and persons were being evacuated from nearby buildings,” Mr. Saint-Joy told JIS News.

To the alarm of everyone in Groomer’s Barber Shop, the water started coming closer and closer to the shop’s door.

Two doors down in Shantia’s Salon, Mr. Nelson also noticed the rain falling heavily, but thought nothing of it until water started rising and threatened to flood the salon.

As the rain continued to fall, flood waters continued to rise, so intense was the flooding that the staff at the salon retrieved their valuables and were forced to find refuge on the roof of the building.

Mr. Nelson, however, stayed back to save some appliances at the salon, wading in and out in waist-deep water to save as much as he could. However, a chilling cry stopped him in his tracks.

“Someone on the roof cried, ‘ova deh suh, ova deh suh!’ pointing across the street to the Union Street Auto Shop. I knew there was a young lady working there who recently had a baby, plus she had a young daughter as well. Both were with her in the building,” Mr. Nelson informs.

The Barber notes that he saw the young woman and her children leave earlier, but did not know they had returned.

Mr. Nelson tells JIS News that he did not spare a second thought, and swam his way towards the auto shop, dodging floating cars and debris on the way across, determined to rescue the woman and her children.

Meanwhile, Mr. Lewis, who usually sells on Deer Lane but found himself on Union Street that day, also heard the cries from the persons on the roof and swam in the direction of the auto shop, joining Mr. Nelson, who was already on the scene.