The OCG and the DFID Launch Youth Engagement and Awareness Programme 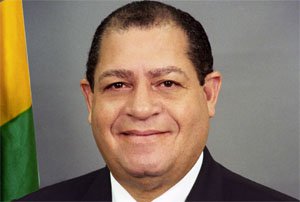 Moody’s Investors Service today upgraded Jamaica’s sovereign senior unsecured rating and provisional shelf ratings from Caa2 to B3 and revised the outlook from positive to stable.
In response to this news, Minister of Finance and the Public Service, Honourable Audley Shaw, stated: “I welcome this news which represents an endorsement of the continued progress made by Jamaica in sound economic management and reduction of its public debt. Under the newly-approved Three-Year Standby Arrangement with the IMF, the Government remains firmly committed to fiscal consolidation aimed at further reducing its public debt burden, and to strengthening competitiveness and accelerating private sector-led growth through deep structural reforms. These actions will further strengthen Jamaica’s credit rating in the international capital market.”
The ratings are supported by the following factors:

The rating agents are also of the view that Jamaica has relatively strong institutions compared with similarly rated sovereigns. Further, recent policy effectiveness reflected in credit positive fiscal consolidation and structural reforms coupled with the Government’s continued commitment to fiscal reforms, and growth enhancement strategy through FDI-financed investment in tourism and infrastructure were commended.

Moody’s stated that the reduction in oil prices has also facilitated a reduction in inflation to historically low levels. This, combined with fiscal consolidation, have reduced Jamaica’s external vulnerability, narrowing the current account deficit and attracting FDI inflows
The stable outlook assigned to the B3 rating reflects a balance of risks associated with a high debt and Jamaica’s high susceptibility to external shocks, particularly natural disasters.
In this regard, the Government is resolute in its thrust to address these risks while seeking to improve the overall economic fundamentals of Jamaica.