LOS ANGELES, Jan. 22, 2021 /PRNewswire/ — Motown’s “Prince Of Soul,” Marvin Gaye, was already a hit artist for nearly a decade when, in 1971, he reached new heights with his album What’s Going On. An immediate landmark recording, it was the first of Gaye’s albums to break the top ten of Billboard‘s Top LPs, and quickly became Motown’s best-selling record. To this day, What’s Going On is hailed as one of the greatest albums of all time, earning the number one spot on Rolling Stone magazine’s 2020 list of “The 500 Greatest Albums Of All Time.”

On January 22nd, in celebration of this groundbreaking album while also marking the 50th anniversary of the title song’s release as a single, UMe will be issuing three digital collections that honor the depth of Gaye’s album.

First, Motown/UMe has consolidated several What’s Going On-related releases into one new digital collection, What’s Going On: Deluxe Edition/50th Anniversary (Available HERE). This includes the original album, plus 12 bonus tracks featuring each of the LP’s original mono single versions and their B-sides, two of which are different takes – “God Is Love” and “Sad Tomorrows,” an earlier version of “Flying High (in the Friendly Sky)” – while the pre-album single version of “What’s Going On” has no “party” intro and a false fade. Also included is the title song’s earliest mix, initially made as a reference for Motown’s in-house quality control department before horns and strings were added; a dramatic instrumental mix; a “Coffeehouse Mix” by Grammy-winning engineer Russ Elevado that emphasizes the track’s previously buried acoustic guitar, originally available on a Record Store Day exclusive 10″ EP for the album’s 45th anniversary in 2016. Also included from that same 2016 release is a “What’s Going On” duet with Motown artist B.J. the Chicago Kid. Other tracks are an early working version of “Symphony,” written by Marvin with Smokey Robinson, in which Marvin sings over and over, “what’s going on?” while the song of the same name sat unreleased; and the instrumental “I Love the Ground You Walk On,” recorded during the same waiting period.

Also available as a standalone digital release, What’s Going On: The Detroit Mix (available HERE) is the album’s original hometown mix, cancelled by Marvin at the last minute to be redone in Los Angeles. While the recordings were mixed in April of 1971, they remained unreleased until 2001, when they were included in the album’s 30th Anniversary 2CD Deluxe Edition. The Detroit Mix showcases a more relaxed, stripped back and percussive feel to the album, as well as unique track segues and some additional lyrics.

In addition, UMe has released Funky Nation: The Detroit Instrumentals (Available HERE), a group of 14 tracks that Gaye recorded in late summer and fall of 1971, after the initial release of What’s Going On. Instead of touring in the wake of the album’s success, Gaye cut funk and rock jams with a one-time-only band led by Motown’s then-touring drummer Hamilton Bohannan: 17-year-old Ray Parker, Jr., Melvin Ragin, a.k.a. “Wah Wah Watson” (himself just 20) and Leroy Emmanuel of the Fabulous Counts (a relatively experienced 25-year-old) on guitars, and Michael Henderson, age 20, on bass. Gaye played keyboards and percussion. While a few tracks on Funky Nation had been issued across previous special releases, most of the tracks were newly issued on the What’s Going On 40th Anniversary Super Deluxe Edition in 2011, and now for the first time they will be getting their own individual digital release.

Fifty years later, the influence and meaning behind this legendary record continues to ring true. The single “What’s Going On” originated as a response to police brutality at a protest in Berkeley, CA and coincided with personal tragedy in Gaye’s life as well as Gaye’s brother’s time fighting in Vietnam. The compounding experiences sparked the poignant plea that became the full-length LP What’s Going On. Calling out to a broken country, Gaye searched for reason and hope in a world that felt desperate and senseless; a sentiment that many share now more than ever.

Marvin Gaye continues to hold his place as one of the greatest singers, composers and producers of all time, and in this half a century What’s Going On has proven itself to be one of the world’s most unforgettable records.

What’s Going On: The Detroit Mix 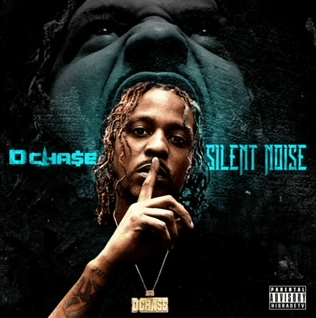