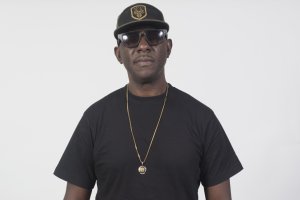 Produced by DJ Jason and Romie Fame Records on the Legacy Riddim, “Friends Fi Life” boasts both an upbeat tempo and message. Mr. Easy and rising star De Alpha are the ideal voices to bring the melodic ode to friendship loyalty to life. “Friends Fi Life” is likely resonating so well with listening audiences because of it’s catchy hook, impactful verses and theme that never grows old, especially during such trying times.

When nothing nuh gwan negative we neva emphasize

You’re more than a brother genuine like leather mi genna

When nothing nuh gwan and you still deya by mi side

Whether selectors and sounds speed the record up, much to the delight of the dancers with choreographed moves, or play it at its original tempo, “Friends Fi Life” is a bonafide crowd pleaser. Adding to the song’s notable buzz, Mr. Easy and De Alpha have performed the song on multiple media platforms. Further, the duo are set to release a visual for the song later this month.

As if Mr. Easy couldn’t get musically hotter this summer, the “Drive Me Crazy” crooner has also released sizzlers like “COW-ADD” and “Dem Nuh Real.” These “real life” style songs are also receiving attention among tastemakers. Mr. Easy’s new summer releases are fresh off the heels of the motivational “Conquer The World” from his fourth studio album “Legendary,” a 9-track treasure trove of great Reggae music.

Much to his credit, Mr. Easy shows no signs of slowing down and continues to make timeless music. Notably, Mr. Easy helped shape the sound of Dancehall’s 90’s & 00’s Golden Era with loads of hit music.