Multi-Platinum Recording Artist Yo Gotti and Miami-Dade County’s Own SmokePurrpp and Brianna Perry aka (Lil’ Brianna) Join the Growing A-List Line Up for “LIT Up Music Festival” July 28, 2018, in Miami, FL at Magic City Studios. Tickets on Sale Now 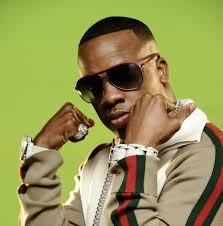 Imagination TV Inc. (IMTV) is pleased to announce that multi-platinum recording artist Yo Gotti and Miami-Dade County’s own SmokePurrpp as well as Brianna Perry aka (Lil’ Brianna) have joined the growing A-List artist line up for “LIT Up Music Festival” July 28, 2018, in Miami, FL at Magic City Studios. Tickets on sale now.

Yo Gotti has released nine studio albums, 22 mixtapes and 25 singles (plus 18 as featured artist), and 4 Promotional singles. After several guest appearances, mixtapes and independent releases, he released his major-label debut album “Live from the Kitchen,” in 2012. Yo Gotti is best known for his multi- platinum singles “Down in the DM” and “Rake it Up” featuring Niki Minaj with Mike Will Made It.

SmokePurrpp is an American rapper from Miami, Florida. Smokepurpp released his first music video “It’s Nothin” with Lil Ominous on September 23, 2014. Smokepurpp initially found success on the audio distribution platform SoundCloud in 2017, after his song “Ski Mask” and “Audi” which was certified gold went viral.

Brianna Perry also known as Lil’ Brianna, is an American rapper and actress from Miami-Dade County, Florida. She was the youngest act signed to Missy Elliott’s label, The Goldmind Inc., as well as the youngest to be affiliated with Slip-N-Slide Records, home to rappers Trina and Rick Ross. Perry made her debut on Trina’s album Diamond Princess on the track “Kandi”. Since then, she has released several mixtapes and starred as a regular cast-member on the reality-television series Sisterhood of Hip Hop.

About Nine Mile Entertainment, Inc.
Nine Mile Entertainment is owned and operated by Richard Booker, Bob Marley’s Brother. The company is responsible for organizing/producing the annual 9 Mile Music Festival and Food Drive in Miami, FL. More than a concert, more than a day, the 9 Mile Music Festival has provided over 4 million canned goods to various charities since its inception, distributing them to homeless shelters and food banks throughout Miami and Jamaica. The festival serves a double purpose, feeding families in need and bringing to Miami the magic and music of Jamaica and the rest of the Caribbean.