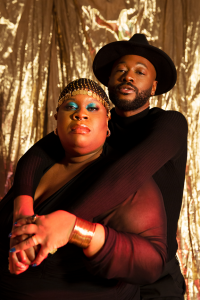 TiKA’s debut album Anywhere But Here is released to the world today. The 10-track album features the new single “Walking Disaster”, a duet with Desiire, the talented Congolese Toronto-based vocalist. The video for “Walking Disaster” was directed by Victoria Long. Once a champion and promoter of local talent such as Daniel Caesar, Jessie Reyez, Clairmont the Second and more, the time has finally come for TiKA to take centre stage. TiKA, about the new song:

“Walking Disaster is a song that I wrote about a really abusive relationship I was in when I was 19. This person just didn’t like me very much and he also didn’t like himself, so we were in this really toxic exchange. I had really poor self-esteem and no clear guidance or direction in terms of how to actually be in a relationship. He only liked my music and he liked when I would be praised by other people but he didn’t actually like me. It took me a while to detach myself because there would be times when he would love-bomb me and it would confuse me. I wrote Walking Disaster a few years after I escaped from that relationship. I was living in an apartment and it just so happened to have a guitar and I taught myself how to play and wrote this record. When it was finished, I kind of just left the song alone and was very afraid of it. Similarly to my fear of him. I eventually asked Desiire to be on the record because at the time I didn’t even have the emotional capacity or the strength to sing it by myself. I was terrified of the song and what it represented. I realized I needed some kind of support. So, it turned into a call and response. That’s what made me feel safer about singing it. It’s a really powerful track and a cathartic one for me because I feel like I’m releasing something that may hopefully heal someone else.”