10 CONFIRMED CASES OF INFLUENZA ‘A’ (H1N1) SINCE THE START OF THE YEAR. 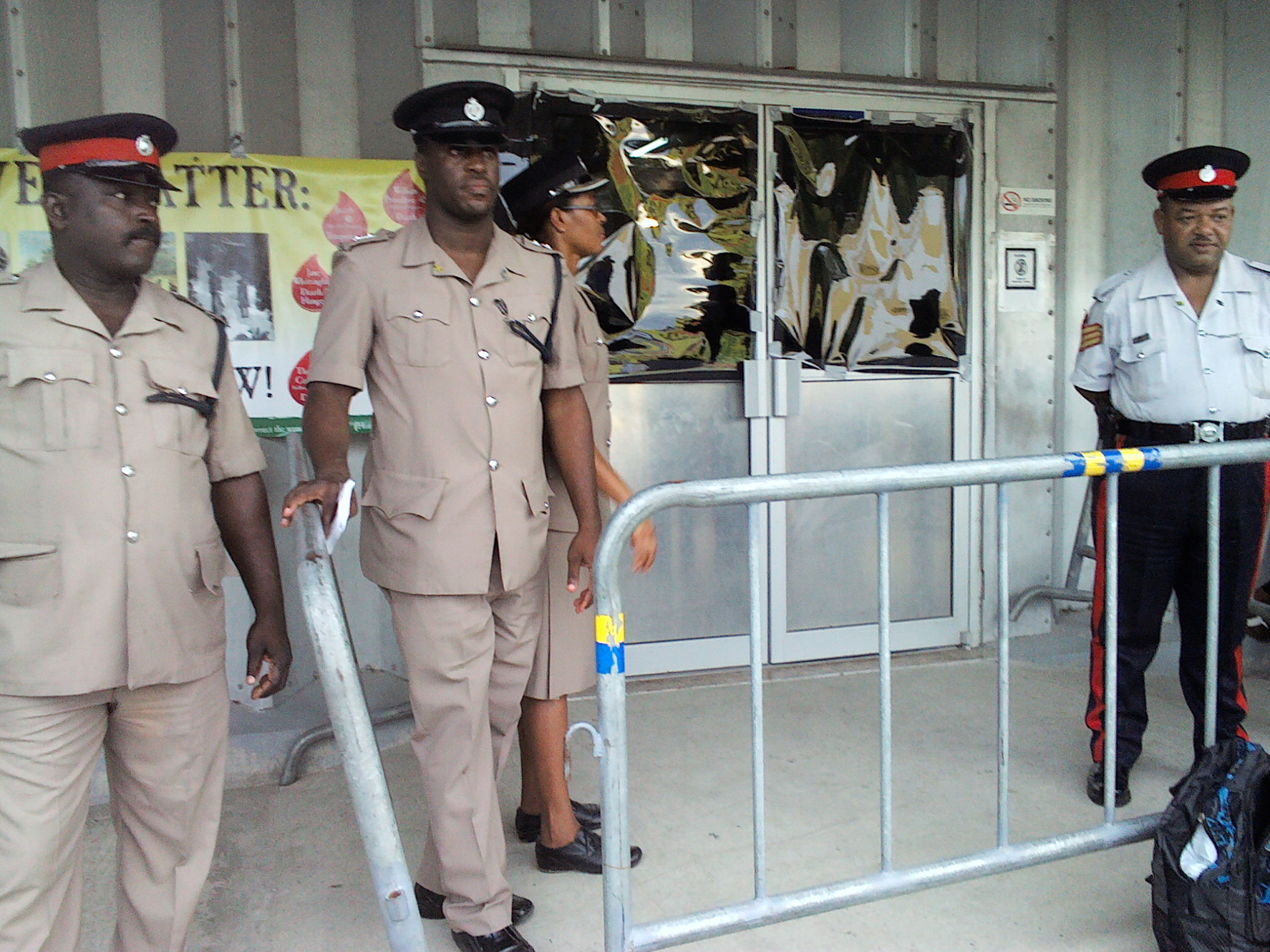 With fears of possible post election violence the security forces were taking no chances and called out the National Reserves. The closeness of the results and rumours swelling like a river in spate to uncontrollable proportions the stage was set for confrontation by overzealous supporters of both parties.

For example there have been threats to the lives of journalists including yours truly. One journalist was accorded close protection as a result of such treats.

Then there was a tweet sent by a PNP lawyer that the PNP had won the election … he has since retracted and apologized. PNP supporter took to the streets to celebrate. Then there was the error in transposition of counts that resulted in the PNP being awarded the South East St. Mary seat reversing a previous declaration that the JLP’s Dr. Norman Dunn won by 174 votes over Dr. Winston Green of the PNP who dexared to have now won by 9 votes. The matter is going to court for a Magisterial recount.

On Sunday last heavily armed soldiers were dispatched to St. Mary Parish as tension grew to fever pitch due to the reversal of the JLP’s fortunes.

If that was not all, there were rumours that the JLP was mobilizing it’s “forces” to protect its electoral successes at the polls.

The General Secretary, Dr. Horace Chang, JLP had issued a statement implying that the PNP was planning to go to court to block Andrew Holness’ inauguration. This official statement got JLP supporters riled up.

One serious activist told me off the record “If the PNP tried to block the inauguration and steal election blood would flow” the stage was set for violence and possible instability. The IMF has long warned about the desire to see “social cohesion”. Simply put political stability and little or no social unrest.

Troop movements became visible on the streets of Kingston, Jamaica W.I. shortly afterwards. The build up of heavily armed troops were stationed strategically in densely populated areas. At yesterday’s Press Conference we witnessed a large police and military build up … it was intimidating to say the least. Police and ARMY photographers were capturing the images of journalists both video and still shots being taken.

One senior Security official said he read about the events in Ivory Coast in Vision and alerted his bosses. They were not about to take any chances. Utterances from the PNP were noticeably less abrasive … obviously to reduce tension.

Constitutional lawyers, public commentators wagging their tongues since the razor thin majority JLP Government to be sworn in soon. Dr. Lloyd Barnett, noted constitutional lawyer is of the view “We can run the country on a slim majority … it has happened before elsewhere” he opined.

Others feel we will need to call fresh elections soon. Dr. Horace Chang thinks “It will make for an interesting parliament”