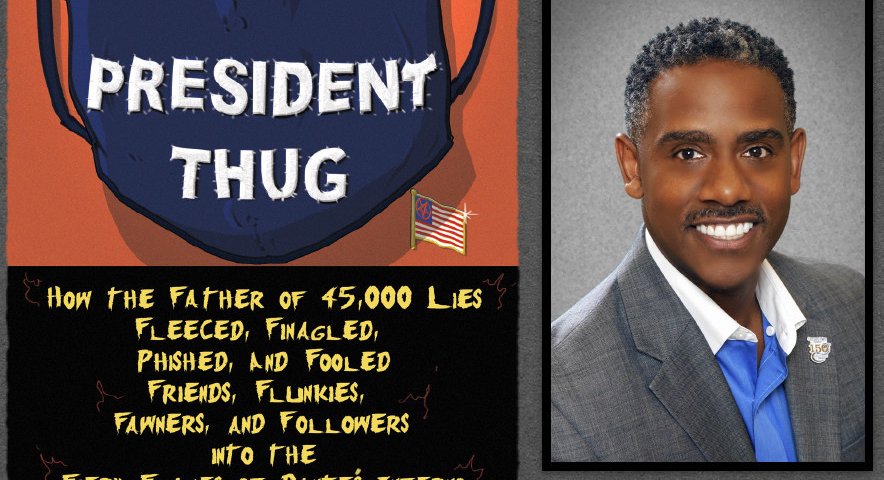 CHICAGO, Jan. 7, 2021 /PRNewswire/ — “Trump is a thug of the highest order,” says author, Garrard McClendon, in his new book, “President Thug.” The book compares Donald Trump’s presidency to the depiction of Hell in Dante’s Inferno. After being disgusted by an inept and mean-spirited president, the Chicago State University professor, wrote the book to catalog Trump’s actions and to dispel the conspiracies of the MAGA cult. The book 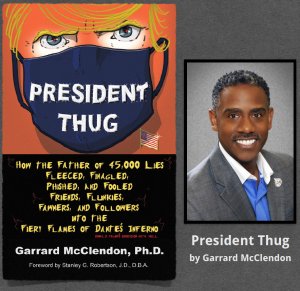 leads Trump, Dante, and Virgil into each Circle of Hell, showing Trump’s sins, shortcomings, and scandals.

Trump, given the moniker “President Thug,” has done major damage to the United States. The book says, “Trump is the king of all traitors, far worse than Judas Iscariot, Brutus, and Cassius.” He reached every menacing level of Hell with his calculated and careless behavior.

Telling over 45,000 lies, yelling at reporters, insulting women, cutting unethical deals, and being a sore loser, Trump met consequences after being impeached by Congress and banished to the dungeon of “one-termers.” McClendon calls Trump a “Neanderthal who believes in primitive, racist, and classist notions … a grown man locked in raging, juvenile hormones ruled by Lust, Gluttony, Greed, Wrath, Heresy, Violence, Fraud, Treason, Pride, Envy, and Sloth.”

In “President Thug,” the professor states that Trump spawned the malevolent MAGA minions, creating an evil cult within the Republican Party. The angry apologists in the MAGA movement gave “President Thug” grace every time he committed nefarious acts.

Greed, sexual indiscretion, and lies make up the ethos of Donald Trump. “President Thug” offers a peek into Trump’s soul, and a portal into the mind of a man who lacks empathy.  McClendon says, “The Divine Comedy in a world of Donald Trump is a Dreadful, Hellish Tragedy.”

President Thug: How the Father of 45,000 Lies Fleeced, Finagled, Phished, and Fooled Friends, Flunkies, Fawners, and Followers Into the Fiery Flames of Dante’s Inferno – Donald Trump’s Obsession with Hell is available in paperback, Kindle, and Audiobook from Wayman Dean Press.