New ‘Flo’ to Heels On 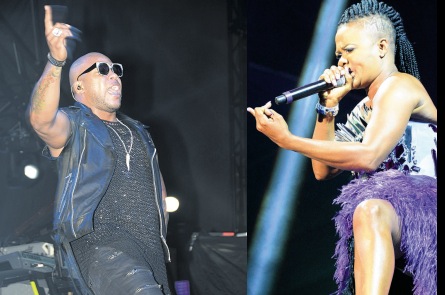 In an interview with Splash, Saw expressed her satisfaction with the FloRida version.

“I’m so happy about it. I had my engineer and a few others from the industry listen to it and they are all so excited,” she said. “It’s the way he did it, it’s jazzy and fun.”

The FloRida remix is expected to be released this month.

Saw says she met the American rapper at Reggae Sumfest in Montego Bay in July. Both performed on the show, and FloRida pitched the idea for a remix of Heels On, Saw’s biggest hit in some time.

Lady Saw has done well collaborating with pop acts. In 2001, she appeared on No Doubt’s smash hit Underneath It All which earned a Grammy Award in 2002.

In 1999 she recorded Smile with singer Vitamin C which was also a hit in the United States.

Saw says she has resumed work on her album, Alter Ego, which stalled after equipment from her studio was stolen.

“I’ve got them back now and going full-speed ahead to have it ready by the end of the year,” she said.

For the original report go to http://www.jamaicaobserver.com/entertainment/New–Flo–to-Heels-On-_15007718