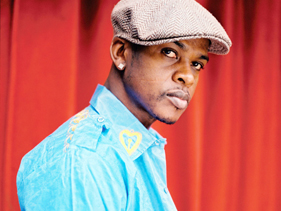 Although his new album was released only weeks ago, dancehall artiste Mr Vegas is already in the planning stages of a new reality TV show.

Vegas explained that he decided to make the reality series, Bruk It Down In Reality, because he thought “people would like to see the life of a dancehall queen.”

He continued, “Since Bruk It Down come out, the idea has been on my mind. It’s going to be a dream project.”

Although he is still in the very early planning stages, he said auditions will be done with females all over the world and the top 12 contestants will get a chance to live with him and other judges in a house while he acts as their mentor.

These auditions, he said, will commence in November in places like New York, Miami and Los Angeles.

“Once we press the green light, it’s just non-stop,” he told THE STAR.

Vegas said the aim is for the reality show to be aired locally, but he also wants an international audience.

“I think it’s going to be a huge success. You have dancehall queens all over the world. I am trying to get the best crew. Just doing it the proper way so that it does not come off as a joke,” he said, adding that he wants it to start airing early next year.

Meanwhile, he said Bruk It Down 2.0 which was released on September 24, has been doing well.

“It has been doing fairly well. It’s good, people love the album. It’s online and we just out there selling CDs at concerts. You just have to give thanks. CDs don’t sell in stores so much anymore, we have to basically take it to the people,” he said, noting that in recent times he sold the album at shows in Senegal, Panama and Nicaragua.

But in addition to his new album, Bruk It Down 2.0, Mr Vegas says he is also working on a remix album for VP Records. He says it will include a remix of Party Tun Up with his former nemesis Sean Paul.

“It’s great to be working with Sean Paul again. It’s a good vibe,” he said, noting that he might also do a song for Sean Paul’s label.

For the original report go to http://jamaica-star.com/thestar/20131016/ent/ent1.html