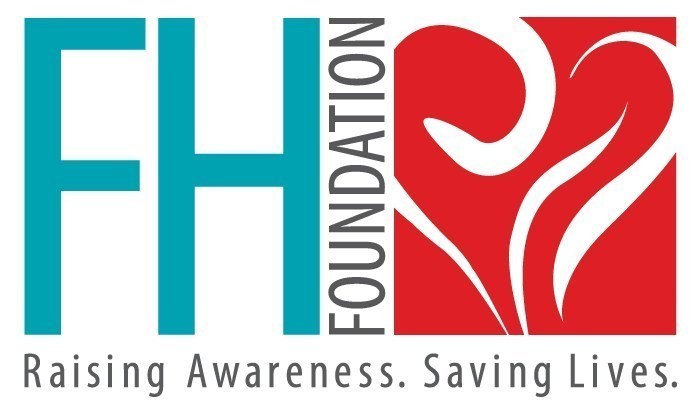 The FH Foundation is a 501(c)(3), patient-centered research and advocacy organization dedicated to increasing the rate of early diagnosis, encouraging proactive treatment, and improving the quality of life of all those impacted by familial hypercholesterolemia. (PRNewsFoto/The FH Foundation)

PASADENA, Calif., Oct. 23, 2017 /PRNewswire-USNewswire/ — Despite 50+ years of research in patients with familial hypercholesterolemia (FH), few prior studies have evaluated health disparities, and none have included multi-ethnic cohorts. Today, the FH Foundation announced new data published in Atherosclerosis highlighting potential health disparities that contribute to the undertreatment of individuals with familial hypercholesterolemia (FH). After analyzing data from more than 3,000 U.S. adults in the CASCADE FH Registry, the investigators found that women were more undertreated than men, and Asians and Blacks were more undertreated than Whites.

Blacks were diagnosed with FH at older ages than any other race/ethnicity. Asians and Blacks were 30-50% less likely than Whites to achieve adequate LDL-C reduction.

“These gender and race disparities are alarming, especially since FH is an equal opportunity genetic disorder affecting both sexes and all races and ethnicities,” said Zahid Ahmad, MD, assistant professor, UT Southwestern Medical Center, and site principal investigator for the CASCADE FH Registry. “Although our study does not pinpoint the causes of these disparities, it makes us worry that women, Blacks, and Asians are at risk for worse health outcomes. It’s imperative that we improve our understanding of these gaps and continue to educate healthcare professionals about the need for appropriate treatment in all FH patients.”

These disparity data mirror broader cardiovascular studies, with women and minorities receiving less guideline-based cardioprotective therapies. Cardiovascular heart disease mortality rates remain substantially higher in blacks than in other U.S. ethnic groups.  Cardiovascular disease is the leading cause of death of American women, and yet, mistakenly, many healthcare providers miss the signs of heart disease, and FH, in women.

“Individuals with familial hypercholesterolemia are at an extremely high risk for heart disease during the prime of their lives if left untreated, and yet, they continue to be vastly under-diagnosed. The national CASACADE FH Registry demonstrates that women, Blacks and Asians living with FH are treated later and less effectively than their White male counterparts,” said Katherine Wilemon, Founder and CEO of the FH Foundation. “We need to rigorously study these groups and develop evidence-based strategies to drive improved care for all individuals with this life-threatening genetic condition.”

Individuals with FH are already underdiagnosed and undertreated, even though they are at high risk for cardiovascular disease. An estimated 1 in 250 Americans have FH, but 90% of those are undiagnosed. FH is the most common dominantly inherited genetic disorder. FH causes high LDL-C, or bad cholesterol, from birth.  Left untreated, men with FH have a 50% risk for a fatal or nonfatal coronary event by age 50 and women have a 30% risk by age 60.

About the CASCADE FH Registry

The FH Foundation established and maintains the CASCADE FH Registry to collect comprehensive longitudinal data to address gaps in familial hypercholesterolemia diagnosis and treatment. Data is collected from 37 clinical sites across the United States, as well as through a Patient Portal where individuals with FH can self-enroll and upload their data.

The CASCADE FH Registry is broadly representative of the US population and includes the largest study of the Black FH population. It includes 79% Whites, 8% Blacks, 3% Asians, 5% Hispanics, of which 59% are women and 41% are men.

Data from 3167 adults was analyzed from the Registry sites and reported in “Health disparities among adult patients with a phenotypic diagnosis of familial hypercholesterolemia in the CASCADE-FH patient registry” published online in Atherosclerosis.

About the FH Foundation

The mission of The FH Foundation, a patient-centered research and advocacy nonprofit organization, is to save lives by contributing to scientific research that leads to greater understanding and improved diagnosis of familial hypercholesterolemia worldwide.  Please visit www.thefhfoundation.org for more information.