‘Want Dem All’ on top 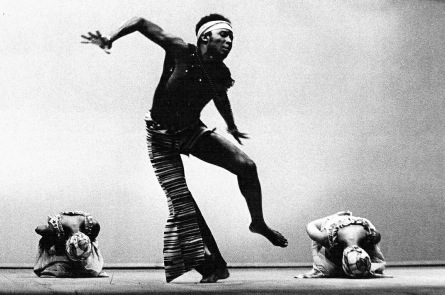 THREE months after the premiere of a documentary he produced about academic and cultural icon Rex Nettleford, Lennie Little-White is preparing to roll out another film on a man he describes as the “quintessential Caribbean thinker” Long Live The King is the title of Little-White’s latest Nettleford project which will premiere December 15 at Carib Cinema in Kingston. The 50-minute feature was funded by his Mediamix Productions.

Nettleford, co-founder of the National Dance Theatre Company (NDTC) and former vice-chancellor of the University of the West Indies (UWI), died in February, 2010 at age 76 in Washington DC.

Little-White says he produced Long Live The King to put a human side to Nettleford, something he believes is missing from Rex — The Renaissance Man which premiered in September in Kingston and Montego Bay.

“There was nothing about his family and friends. Essentially, it looked at his academic pathway and his time with the NDTC,” Little-White told the Jamaica Observer.

The Rex Nettleford Foundation provided most of the funding for The Renaissance Man, but Little-White says he and that organisation had creative differences. He points to the omission of Nettleford’s rural roots and family ties as ill-advised.

Little-White tries to set that record straight with Long Live The King, which contains interviews with relatives and schoolmates and provides an insight into Nettleford’s relationship with his mother, Leebert Palmer, and his two older sisters who lived in England.

Little-White says he first met Nettleford in 1973 shortly after returning to Jamaica from the United States where he attended Chicago’s Northwestern University. The following year, he was recruited by Nettleford to produce Beginnings, a documentary about the UWI.

According to Little-White, Nettleford became his mentor. It was he who encouraged the filmmaker to start Mediamix and worked with him on several projects during their 36-year association.

“In terms of my personal growth and development, he was very instrumental,” said Little-White.

Born in the market town of Falmouth, Trelawny, Rex Nettleford attended Cornwall College and later Oxford University as a Rhodes Scholar. While he was best known to many as co-founder of the NDTC, he was also an authority on the trade union and Rastafarian movements.

His books included the seminal 1969 work, Mirror, Mirror, which looked at race in Jamaica.

Nettleford was the UWI’s vice-chancellor from 1996 to 2004. He was representing the university at a conference in the American capital three years ago when he suffered a fatal heart attack.

For the original report go to http://www.jamaicaobserver.com/entertainment/New-Rex-film_15473837