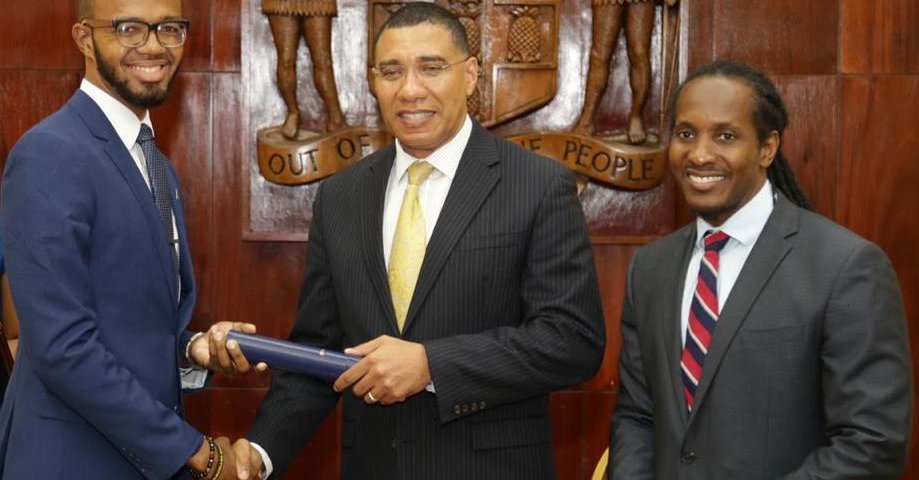 Prime Minister, the Most Hon. Andrew Holness (centre), presents the instrument of office to newly installed Youth Advisory Council of Jamaica member, Jahmar Brown. Sharing the moment (at right) is Minister of State in the Ministry of Education, Youth and Information, Hon. Alando Terrelonge. The installation ceremony was held at the Office of the Prime Minister of Thursday (November 21).

The 15 new members of the Youth Advisory Council of Jamaica were officially installed during a ceremony on Thursday (November 21) at the Office of the Prime Minister.

Prime Minister, the Most Hon. Andrew Holness, who handed over the instruments of office, told the youth leaders that as official advisors to the Government, they are charged with helping to find solutions to matters affecting young people.

“You are here for serious business because youth issues are not minor issues,” he said.

“You are going to be giving advice on current, important national issues, which will be taken seriously and which will influence policy… now, as well as [in the future]. You are a very important body,” he added.

Mr. Holness said that the induction ceremony is a testament of the Government’s commitment to involve young people in nation-building.

“It is a demonstration of the commitment to providing you (youths) with an avenue for full participation in the decision-making process as equal and valuable partners,” Mr. Holness added.

Prime Minister Holness launched the Youth Advisory Council of Jamaica in 2016 to facilitate continuous engagement of young people in youth policy development and programming actions of the Government.

Its establishment is in fulfilment of Goal VI of the CARICOM Youth Development Goals, which seeks to ensure and enhance youth participation at all levels of decision-making, programme implementation and oversight.

The YACJ also acts as Steering Committee for the National Youth Parliament towards ensuring that the deliberations of the Parliament are presented to, and discussed with the relevant decision-makers. 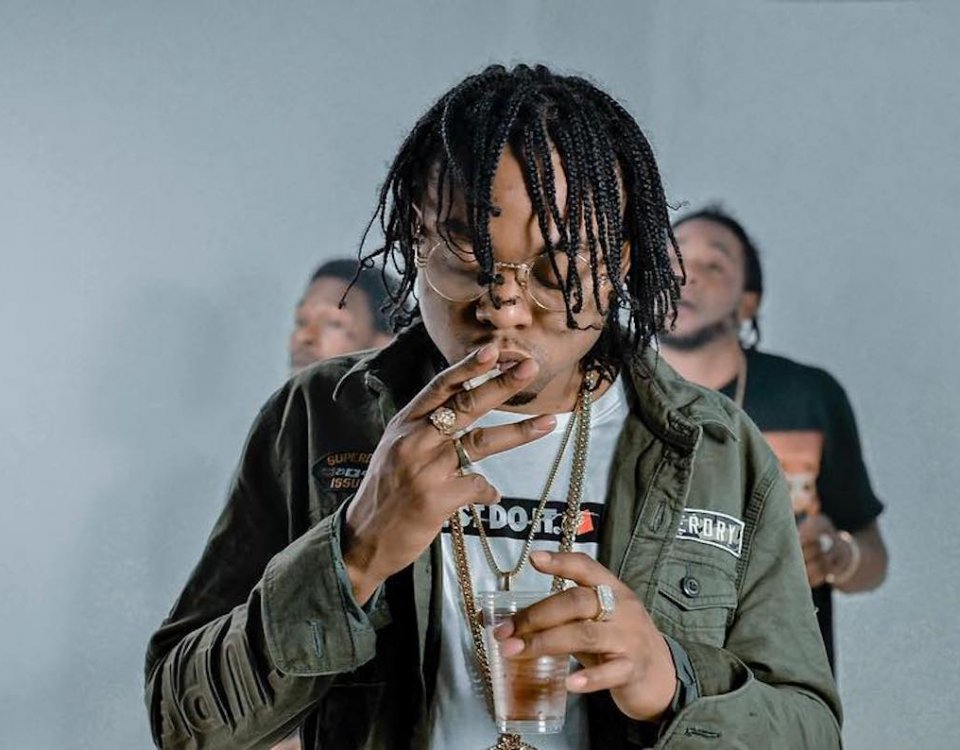