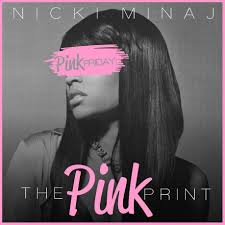 Maybe we knew _ even in 2010 _ when Nicki Minaj released her debut set, that beneath the fluorescent wigs and zany accents, there resided a real-life grown-up. On some level, we surely understood that the now 32-year-old rapper had complex emotions and a past, and all the things that make stars more like regular people and less like characters.

But not until now, with her third release, “The Pinkprint” _ which includes production from Boi-1da, Zaytoven and Dr. Luke, among others _ has Minaj conveyed that message so clearly. The set’s first single “Pills N Potions” captures the heart and soul of the album, even with songs like the Drake and Lil Wayne-assisted “Only” and “Anaconda” (along with its bootylicious music video) drumming up considerable buzz.

Throughout her latest set, Minaj oscillates between boss and broken. “Who had Kanye (West) saying ‘she’s a problem’?” Minaj boasts on “Want Some More.” She lives up to the compliment with sharp storytelling on the sinister “Four Door Aventador,” which has her name-dropping everyone from designer Donna Karan to actor Shia LaBeouf.

She’s bold on “Favorite” featuring Jeremih, and cocky on “Feelin’ Myself” featuring Beyonce, but it’s Minaj’s aching that is endearing. She laments changing family ties and the death of a relative on “All Things Go,” adding “my child with Aaron, would’ve been 16” in what, for most listeners, is a surprising revelation.

Minaj also refers to a decade-ago marriage proposal on the song _ a tidbit that lines up with rumours that the rapper’s hypeman Safareee Samuels had for many years been her romantic partner, and is now the subject of songs alluding to hurt and betrayal, including “The Crying Game,” featuring UK singer Jessie Ware and the pop-friendly “Bed of Lies.”

It seems as though the gap is closing between Minaj’s on and offstage personas, and so far, that’s a good thing.