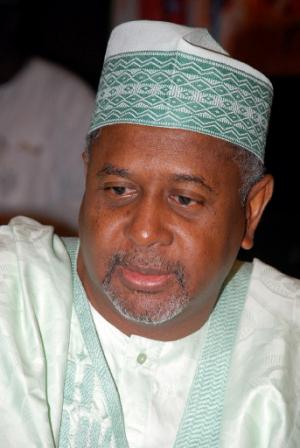 Sambo Dasuki denied illegal possession of five rifles, dozens of bullets and a bulletproof Range Rover in a court in the Nigerian capital, Abuja.

The court granted Dasuki bail while confiscating his passport and adjourning the case to October 26 when the trial is to start.

Dasuki was a key adviser of former President Goodluck Jonathan and had had taken control of weapons procurement from the Ministry of Defence.

Nigeria’s new president, Muhammadu Buhari, has ordered an investigation into military hardware and weapons purchased since 2007, part of his ongoing fight to end corruption and ensure the armed forces are properly equipped to fight Boko Haram’s six-year Islamic uprising which has killed an estimated 20,000 people. At least 1,000 people have been killed since Buhari was elected in March.

The sacked officers had been appointed in January 2014 when Jonathan replaced the top military echelon because of failures in fighting Boko Haram.

Both the new army chief of staff, Maj. Gen. Tukur Yusuf Buratai, and the national security adviser, Maj. Gen. Babagana Monguno, are from northeastern Borno state which is the birthplace of Boko Haram.

Boko Haram had seized a large swath of northeastern Nigeria where it declared an Islamic caliphate. A multinational army earlier this year drove the insurgents out of towns and villages but suicide bombings and village attacks continue.