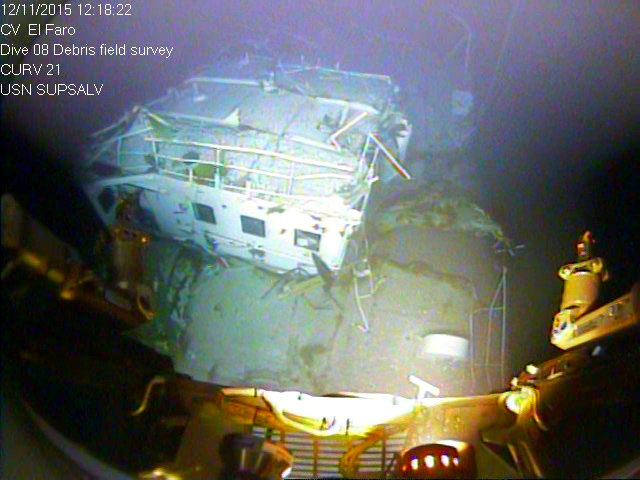 JACKSONVILLE, Fla. _ Federal investigators are considering launching another search of the wreckage of a freighter that sank Oct. 1 near the Bahamas.

The National Transportation Safety Board investigator Tom Roth-Roffy told The Associated Press the focus of any search would be the ship’s voyage data recorder or “black box.”

The 790-foot (240-meter) freighter El Faro sank after losing engine power and getting caught in a Category 4 hurricane en route from Jacksonville to San Juan, Puerto Rico. Thirty-three mariners were aboard.

Roth-Roffy says crews located one of the missing decks about a half-mile from the main part of the ship.

New images released by NTSB of the site show a gaping hole in the ship’s hull.