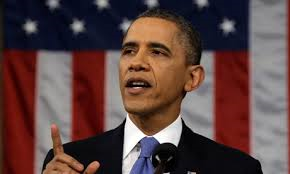 CHICAGO _ President Barack Obama has cast his vote early for the 2014 midterm elections.

Obama voted Monday at a community centre named after the late Dr. Martin Luther King Jr. near his family’s home on Chicago’s South Side. He says it’s exciting and that he loves voting.

Obama isn’t discussing his vote. But he says the most important job in a democracy is the job of citizen.

Obama and other Democrats have been urging their supporters to vote early this year instead of waiting until Election Day. They’re hoping to turn out Democratic-leaning voters including minorities and young people who frequently skip voting in midterm years.

On Sunday, Obama headlined a rally in Chicago for Illinois Gov. Pat Quinn. The Democrat is running for re-election in Obama’s home state