Drake says “Drake Night” not about him, but about Toronto Raptors as a team

Haiti’s president meets with opposition amid search for prime minister

Obama says even though he’s president, he’s a black man who has been mistaken for the valet 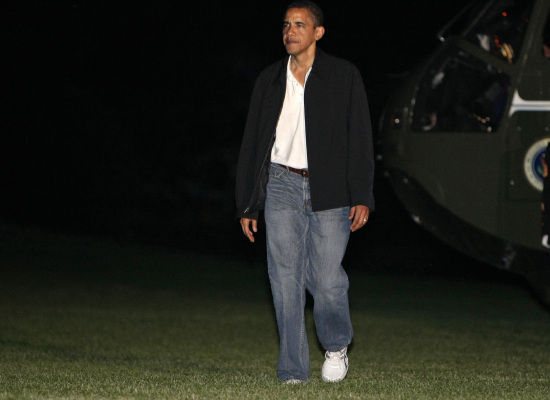 WASHINGTON _ He may be president now, but Barack Obama says he’s a black man who has been mistaken for the valet.

“There’s no black male my age, who’s a professional, who hasn’t come out of a restaurant and is waiting for their car and somebody didn’t hand them their car keys,” Obama told People magazine in an interview out Wednesday. That happened to him, he said.

First lady Michelle Obama said her husband also once was mistaken for a waiter at a black-tie party and asked for coffee. She said even when she went to Target as first lady, a fellow shopper asked her to get something from a shelf.

“I think people forget that we’ve lived in the White House for six years,” she said. “Before that, Barack Obama was a black man that lived on the South Side of Chicago, who had his share of troubles catching cabs.”

The first couple spoke about their experiences with racism amid protests nationwide over the deaths of Michael Brown in Ferguson, Missouri, and Eric Garner in State Island, New York. The president said racial relations have gotten better, but more progress is needed.

“The small irritations or indignities that we experience are nothing compared to what a previous generation experienced,” Obama said. “It’s one thing for me to be mistaken for a waiter at a gala. It’s another thing for my son to be mistaken for a robber and to be handcuffed, or worse, if he happens to be walking down the street and is dressed the way teenagers dress.”