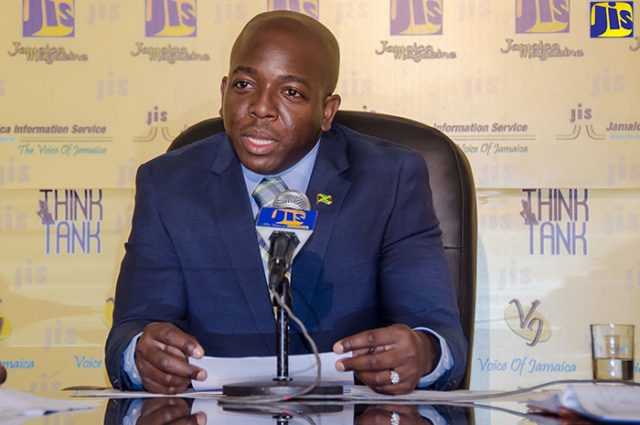 Officers from the Department of Correctional Services (DCS) will be getting specialised tactical training to improve security in the prisons.

Minister of State in the Ministry of National Security, Senator the Hon. Pearnel Charles Jr., said 20 officers have been selected to participate in defensive tactics, restraining, use of force, cell extraction and inmate transport drill.

“This will enhance the officers’ capability to execute their duties and increase accountability and efficiency when enforcing the prison laws. It will also enhance the scope and knowledge of correctional officers for personal growth and development of our prison system,” he noted.

Speaking at a JIS ‘Think Tank’ on March 15, the State Minister said there will also be separate training for the perimeter team and the team that interacts with the inmates, to ensure that there is accountability.

“This will be an integral part of the Ministry’s effort to stem the flow of any contraband into the institution. The training will bolster the investigative capacity for us to find and prosecute the persons that are involved, whether it be inmates or correctional and police officers,” he said.

Senator Charles Jr. noted that several correctional officers were also sent to Colorado in the United States for further training.

“The training is necessary because we do not want to be in a situation where we are demanding higher standards from officers who do not have the requisite skills to do the job, so we have made some investments and we will benefit from such,” he said.

The State Minister added that two DCS officers have been identified and will be going overseas in April to be trained as polygraphists, noting that this will be important in the screening of persons entering the organisation as enforcers.

He said that plans are in place to set up a polygraph office to assess persons who are up for promotion within the DCS as well as those who are assigned to special zones in the prison.

The State Minister also noted that the Acting Commissioner of Police, Novelette Grant, has assigned 10 police officers to work with the DCS to reinforce security in the institutions across the island.