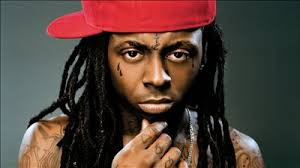 MIAMI (AP) _ Officers have seized assets from the Miami Beach mansion of rapper Lil Wayne to help pay a $2 million court judgment involving his lease of a private jet.

Miami-Dade Police Department spokeswoman Marjorie Eloi says the court order was executed Tuesday. An inventory of what items were seized and will be sold to satisfy the debt was not immediately available Thursday.

A judge last month ordered the rapper, whose real name is Dwayne Michael Carter Jr., to pay more than $2 million to Signature Group LLC over a leased Gulfstream II aircraft. Signature contended in court documents that Carter had stopped making the $55,000 monthly payments.

An attorney for Carter declined to comment in an email. The total judgment includes interest and a $200,000 attorney fee.