Perspective: Journalists accused of trespassing on Liberty University campus will not be prosecuted 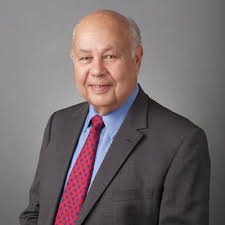 Mr.  Oliver Clarke was 75 having been born in 1944. He was educated at the London School of Economics (LSE).  Clarke was suffering from cancer.

The family is well known in Jamaica for their entrepreneurial spirit.

The Gleaner
In 2003 Oliver Clarke led the Gleaner to the successful issue of a debenture to the public to raise JA$4 million dollars.  The cash raised allowed the Gleaner to pay off all its debts.  The  Gleaner is 185 years old. Having been founded in 1834. It is commonly and affectionately referred to as the “Old lady of North Street”

For over a hundred years the Clarke Family has been founders and have engaged in merger of building societies Nationwide. The renowned Westmoreland Benefit Society was started by them.

JN is regarded as one of the most successful Businesses in the Caribbean.  Current CEO for the RJR Group, Gary Allen said:

The business further became a bank and has Nationwide presence.

Insurance has been a part of the group.

We are sad at the loss of this astute businessman in the person of Oliver Clarke. May his soul rest in peace.

Hopeton O’Connor-Dennie SIC for Vision Newspaper Canada, is also a veteran Journalist has been associated with Mr. Oliver Clarke for over 40 years.