Once untouchable, now her world’s crumbling – The East African 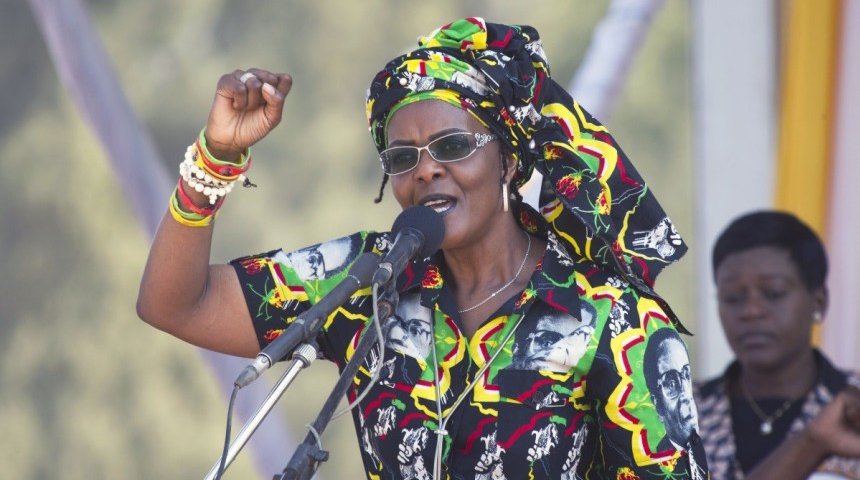 Zimbabwean First Lady Grace Mugabe addresses party supporters at a rally in Gweru about 300 kilometres south west of the capital Harare, Friday, Sept, 1, 2017. Mugabe made her first public statement since been accused of assaulting a young model in in neighbouring South Africa, but she steered clear of the incident in her comments. Grace Muagbe appeared with her 93 year old husband at a political rally ahead of next years elections(AP Photo/Tsvangirayi Mukwazhi)

Settling of Scores by Managua is distasteful. disgraceful and demeaning …

The recent disagreement about the final resting place for the late disposed Liberation and icon of Zimbabwe has apparently been playing out itself with trying to embarrass his widow Grace Mugabe. To confiscate property the Mugabe’s acquired is not good.

Property acquired under land reform seem to be under threat. At issue is a diary farm and two dwellings. Among the properties is the famous Blue Roof which was the official residence of the deposed president Robert Gabrielle Mugabe who was the victim of a Palace Coup with help from the corrupt and unprofessional army.

The power struggle that led to the expulsion of now strongman ED short for Emmerson Managua now president of Zimbabwe and former enforcer for Mugabe has left bitterness. Grace Mugabe was fingered as the alleged heir apparent to the presidency. It is widely rumoured that Grace was behind the ouster of Managua that led him into exile. Like Julius Malema head of Economic Freedom Fighters a political party in South Africa who a firebrand figure … her fellow countryman. It is well known that Grace Mugabe is a South African by birth … she now is seen as a firebrand when she was head if the women’s league in the Zhangpu.

The controversy about the burial place of the late freedom fighter and liberator Robert Mugabe’s burial location formerly agreed to be at Heroes Acres was at the last minute changed to Zvimba, the ancestral home of Robert Mugabe. President Nelson Mandela was interred at his ancestral village also.

It is our perspective that to attempt to exact revenge against Grace Mugabe is wrong. If she our others who supported Mugabe have broken the law, then they should be so prosecuted as per the laws of the land. To selectively finger people for past associations or to settle grudges is illegal if not disgraceful, demeaning, distasteful and disgusting to say the least. We say stop the perceived harassment of Grace Mugabe. Stop it now!

Concentrate on improving the economy and your new currency which is being put in place. If you are digging a hole ED make sure you dig two.