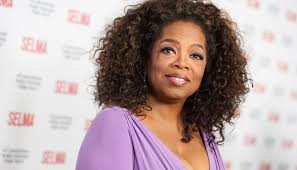 Caitlyn Jenner, the Keeping Up with the Kardashians star – who was previously known as Bruce Jenner – opted to share her plans to undergo gender transition with Diane Sawyer instead of the chat show queen, Oprah Winfrey, earlier this year, but the OWN owner still feels she is the one that got away and wants to arrange to speak to her soon.

A source told America’s OK! magazine that, “Oprah thought she was the natural choice to interview Bruce about his transition, so she was upset that he went with Diane Sawyer. Oprah would love to do a ‘day in the life’ segment, but ultimately she would agree to any terms Caitlyn asked for.”

“It was recently revealed that Caitlyn’s ex-wife Kris Jenner wants to share her side of the story because she is upset about how she was portrayed in her interview with Diane and in the Olympian’s subsequent interview with Vanity Fair.”

An insider previously said, “Kris is beyond upset the way everyone is jumping on that, ‘I was mistreated’ quote really rankles her. Kris feels she was the one who was hugely mistreated because Caitlyn wasn’t honest with her about how she felt. She can’t believe she’s the bad guy in this. She is planning her own sit-down interview, probably with her good friend Kathie Lee Gifford.”