Oprah Winfrey, Harry Belafonte among those honoured with Du Bois Medal from Harvard 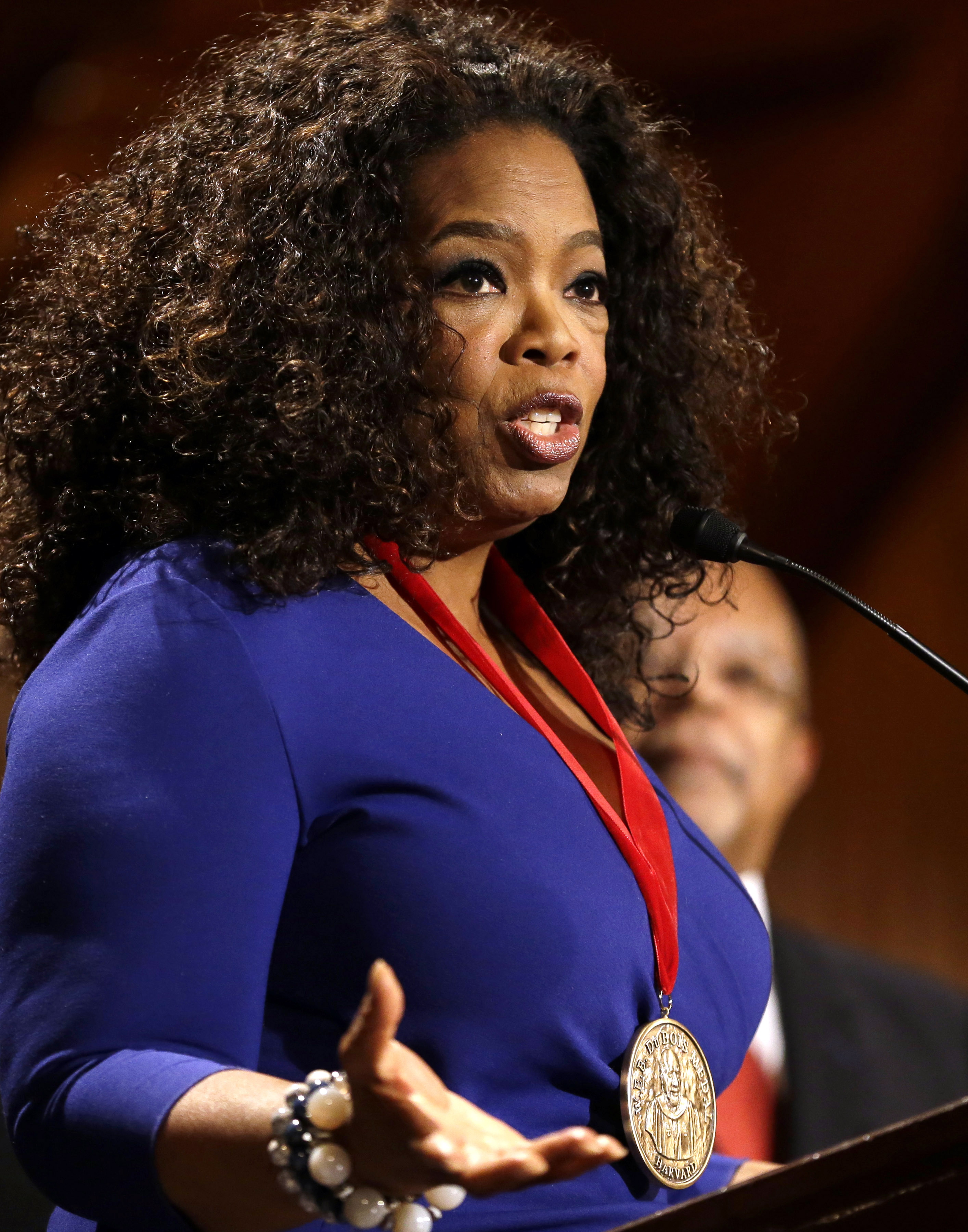 CAMBRIDGE, Mass. _ Oprah Winfrey and performer-activist Harry Belafonte were among those honoured at Harvard University on Tuesday at its annual celebration of African American culture.

The medal has been awarded since 2000 and is Harvard’s highest honour in the field of African and African American Studies.

Winfrey also accepted a posthumous award for author and poet Maya Angelou, who she has called a mentor. The billionaire television host, producer and philanthropist said one of her fondest memories of Angelou, who died earlier this year, was sitting at her table and eating biscuits.

Rhimes, creator of hit shows with black female protagonists, said it shouldn’t be so unusual, in this day, to expect characters on television shows to “look like the rest of the world.” In a recent Associated Press interview about her new ABC show, “How To Get Away With Murder,” starring Viola Davis as a criminal lawyer and law professor, Rhimes said “Why did it take somebody black to talk about being black?”

Belafonte recalled his days in the civil rights movement with figures such as Martin Luther King Jr. and actor Paul Robeson.

Lewis, who was presented a Presidential Medal of Freedom in 2010 by President Barack Obama, was introduced Tuesday by Massachusetts Gov. Deval Patrick.

Du Bois, a scholar who founded the National Association for the Advancement of Colored People, was born in Great Barrington, Massachusetts, and graduated from Harvard. Selections from his writings were read at the ceremony.