Miss Lou Archives Launched at the National Library of Jamaica

Over $1 Billion Tourism Investment Made in Ocho Rios – Minister Bartlett 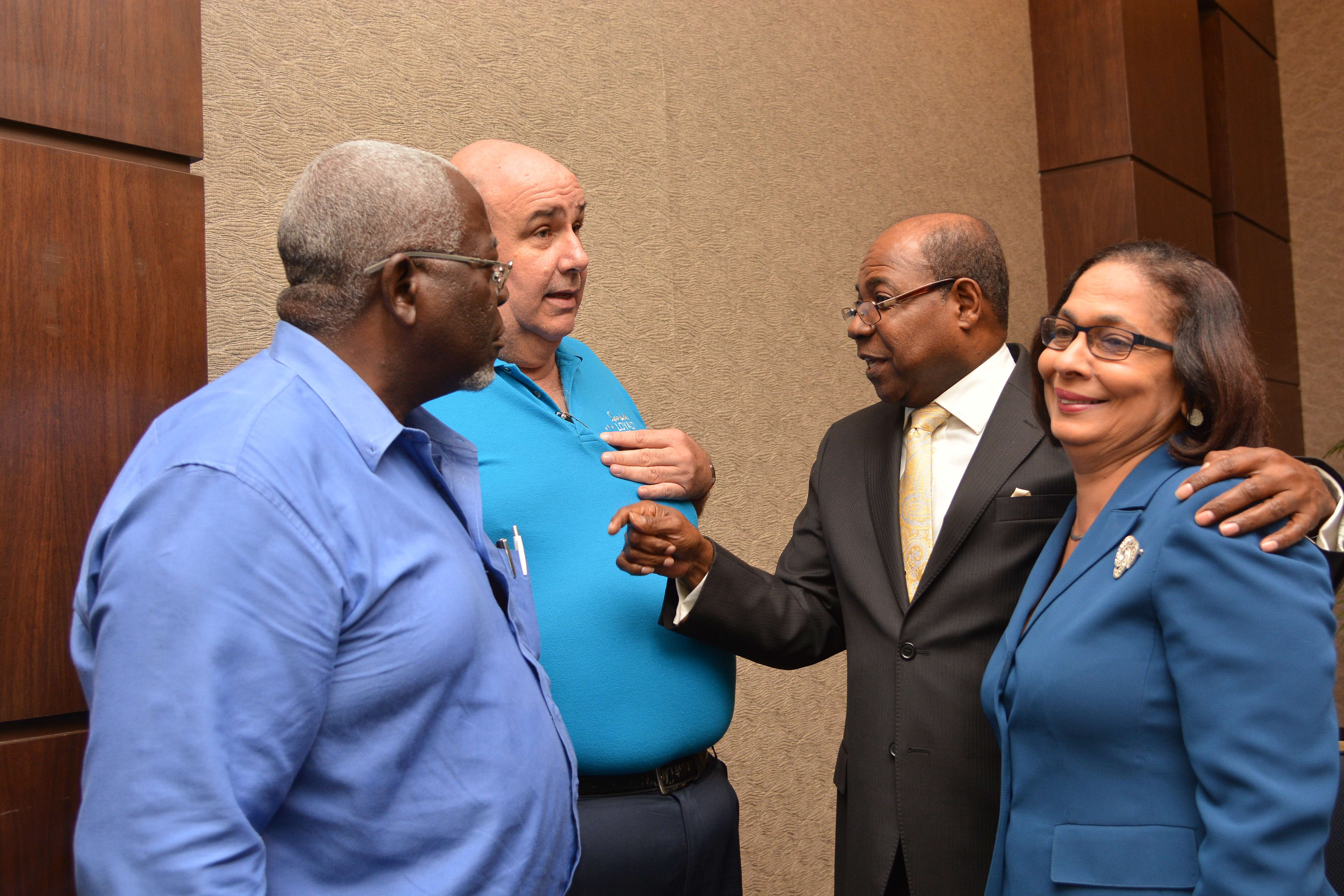 OCHO RIOS, Jamaica; Thursday, October 20, 2016: Tourism Minister, Hon. Edmund Bartlett has revealed that over $1 billion has been invested in Ocho Rios in recent years to enhance the resort town. He also noted that except for commercial developments, all significant improvements taking place in Ocho Rios were being driven by the tourism dollar. “Billions of dollars have been spent in Ocho Rios over the last ten years in attempting to build out the destination and to ensure destination integrity,” Minister Bartlett said.

The Minister was addressing tourism stakeholders at a joint meeting of the Ocho Rios Chapter of the Jamaica Hotel and Tourist Association and the St. Ann Chamber of Commerce, at the Moon Palace Jamaica Grande Resort yesterday (October 19).

He pointed out that the Tourism Enhancement Fund (TEF) and the Tourism Product Development Company (TPDCo), have pumped huge amounts of funds into the town in partnership with other government agencies such as the Urban Development Corporation (UDC) and the Port Authority of Jamaica (PAJ).

The Tourism Minister listed some of the contributions. In continuation of its significant support for national security, in the last two months a further $100 million have been committed to the Jamaica Constabulary Force to acquire new vehicles and repair disabled ones.

In solid waste, TPDCo has a $500 million programme with the National Solid Waste Management Authority (NSWMA) for the rest of the fiscal year to ensure resort areas are cleaned and maintained.

Additionally, under the Ocho Rios Improvement project, some $400 million has been allocated to the town for this redevelopment project, some of which has already been spent including; $68.2 million on the Turtle River Road and $29 million refurbishing the cruise ship pier. Another $13 million has been spent enhancing from the pier gate to the marina and $97 million on the terminal building and parking lot.

Minister Bartlett disclosed that “a further $286 million will be spent in the coming months as we continue our efforts to renew and improve the visitor experience in Ocho Rios.” From that sum, $102 million has been earmarked for redevelopment of the boardwalk/promenade from the Marina to the parking lot at Ocho Rios Bay Beach and $184.7 million for redevelopment of Main Street from Turtle River Road to the Ocean Village Shopping Centre.

Ocho Rios is also to be the site of one of three artisan villages which will help to streamline the business “of how ‘craft entrepreneurs’ are positioned, accommodated and enabled to produce their goods” with the focus being on indigenous art and craft. Mr. Bartlett said the design process for the villages had started and funding identified.

With the Ministry of Tourism, through its agencies, allocating such large sums to the infrastructural development of Ocho Rios, he made an appeal to the people of the resort town to shoulder some responsibility for its sustainable development and for them to be more proactive in this process.

“We are holding all the agencies accountable but who is holding the town accountable for keeping these things in pristine condition after we have delivered it to them?” asked Tourism Minister, Hon. Edmund Bartlett.

He was responding to questions raised by some stakeholders who felt enough was not being done to sustain the image of the town as a major tourist resort. Their concerns were presented to Minister Bartlett and his colleague Minister of Labour and Social Security Hon. Shahine Robinson.

However in underscoring the need for stewardship, Minister Bartlett said the people of the town also needed to be held accountable “because putting more and more money into the town only to come back and to be told that this is to be done and that is to be done again is a waste of time and money.”

On a broader level, Minister Bartlett also said, TPDCo was being repositioned and “the review of the Tourist Board Act had been completed which will allow for a stronger sense of quality control and licensing to enable greater responsibility, not just from our side but from your side as stakeholders.”

Minister Bartlett must commended for the energy and dedication he brings to the table as it relates to the Tourism sector. PM Andrew Michael Holness described Bartlett at Melia, Braco, Trelawny recently as “Mr. Toyrism”. The occasion was to celebrate Melia’s Award as the best new property with excellent service for 2016 in this hemisphere.

We hope the unregulated housing developments in Ocho Rios and environs will not be allowed to mar the tourism product.