In recent times we have not focussed too much on our segment dubbed “Business Focus”.  By popular demand we have dusted our files and are returning to this vital area of our journalistic work.  We hold the view that business plays a crucial role in the development of any society, if not every single one. Employment possibilities is just one area of such importance. 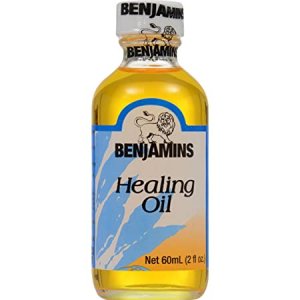 It is great to have a business or entrepreneurial drive, but this must be coupled with sound leadership and a determined vision or focus as to where you want to place that business in the usually competitive marketplace. Succession planning is critical to this future growth and development of any business.

The right Excellent Marcus Mosiah Garvey, Jamaica’s first National Hero also contributed to the foundation building of PA Benjamin as an employee from 1905 to 1909. As you can see this company was established over a century ago, PA Benjamin as their advertisement has proclaimed is an:

“Household Name in Jamaica For over a century”.

Not too many entities across the globe can boast such longevity. To focus on the Pharmaceutical industry we can look to Johnson & Johnson, Phisher & Lilly to name a few who have stood the test of time over the many years if not centuries.  These are well respected brand names producing products which are sought after or been around for a very long time. We have grown to know, respect and use their products. PA Benjamin is becoming one such entity. The Matalon Family owned PA Benjamin prior to it being sold to a new owner. Mr Errol Powell is one such owner. Greater details as to ownership of the century old business will be examined.

A Jamaican Company which is highly respected due to the high quality of its products.

The company was founded in 1879 Benjamin as Benjamin mfg. Co. Ltd.  Originally called Jamaica Healing Oil Factory.  The founder is Percival Austin Benjamin in 1870 who believed in herbal medicine.  He started with teas, bush and various other plant related products. Today it is the oldest Manufacturing company in Jamaica. Expansion Blockwide is a monumental achievement.  We wish you well. 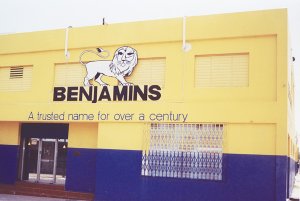 Many names in this pharmacy industry are mere distributors, but the three mentioned above are manufacturers.  They formulate products from scratch and develop them for respective markets. List PA Benjamin among them.

We commend the leadership of this long established company PA Benjamin, for their expansion plans.  To expand Blockwide is quite a statement in this period of a pandemic.  There is expansion and expansion but this one beats all. Located on East Street expanded to Duke Street Opposition Gordon House. Quite a unique location and a strategic move. Only a lane that separates both buildings.

The Jewish Synagogue is in close proximity opposite the other side of the expanded PA Benjamin.

What plans are in place for succession planning. We want to see them around for another 100 years. Are plans are being made for same?  We would like to know.

What are their plans for new products?  Product development has to be continuous.

Hopeton O’Connor-Dennie is a veteran journalist with an international exposure. His daughter is a pharmacist with a master’s in management, who is also a PHD/doctorate candidate in Pharmacy. My father in law William A. Wright had a relationship with the company years ago. He died at 92+.  He was also a pharmacist.