Paley Center for Media hosts a star studded tribute to blacks on TV, both yesterday and today 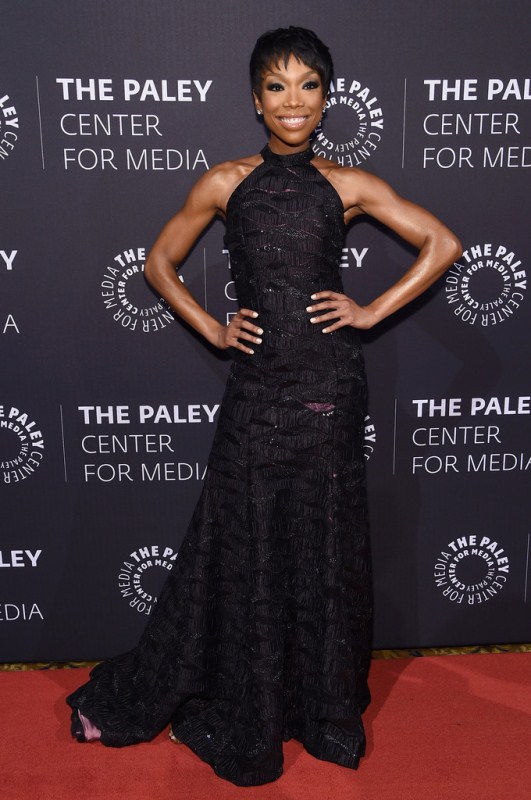 NEW YORK _ When Oprah Winfrey was a youngster, the mere sighting of an African-American on television was occasion to alert all the neighbours, she recalled.

Things are different today, which was part of the reason for Wednesday’s gala thrown at New York’s Cipriani Wall Street by the Paley Center for Media, paying tribute to African-American Achievements in Television. Not only was the event meant to highlight current inroads by blacks in every area of TV, but, as Winfrey told those gathered, “part of the power of this evening is to honour our history” _ which, in fact, stretches back seven decades and more, to the birth of TV.

“Olympian Jesse Owens was the first black person shown on the nation’s earliest experimental TV transmission,” Winfrey said, as an example. That was in 1936.

The evening was divided into TV drama, sports, news and talk, music, and comedy, and dug into the Paley Center’s archives for dozens of examples past and present.

On hand to introduce segments were Kerry Washington and Lee Daniels, Julius Erving and Michael Strahan, Wynton Marsalis and Shemar Moore, plus Phylicia Rashad, as well as the co-stars of this season’s new comedy, “black-ish,” Anthony Anderson and Tracee Ellis Ross.

At age 90, Cicely Tyson was saluted for her distinguished career, which included a breakthrough role for a black actress in the 1963-64 CBS drama “East Side/West Side” _ for which she took heat for insisting that her character wear her hair natural _ a TV first.

In today’s world, Tyson told the room with satisfaction, African-Americans have now come to understand “our pride and glory is our hair” _ though she reminded everyone, “that doesn’t mean you can’t wear your hair the way you want to.”

Larry Wilmore and Gwen Ifill also were on hand, with the satirist-host of Comedy Central’s “The Nightly Show” telling the PBS newswoman that, standing beside her at the podium, he felt “like a Chinatown Rolex next to the real deal.”

“I AM the real deal,” she replied with a smile, which seemed to be a theme of the night.