Perspective: ACP Kevin Blake – The Man Behind the Post 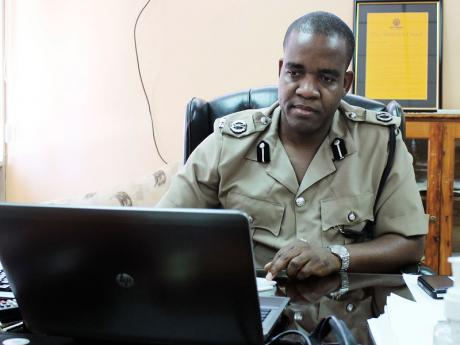 The newly minted head of Public Safety Traffic Enforcement (PSTEP). has said inter alia in an interview monitored by Vision Newspapers’ SIC Hopeton O’Connor-Dennie. “The police must have discretion.” ACP Dr. Kevin Blake speaking last night commenting on the new development of him taking over as head of traffic division

This follows a meeting of Welsh, Commish Anderson and the Cabinet chaired by PM Holness. “The nature of the job calls for discretion” asserts ACP Dr. Kevin Blake. “He appealed to motorists to exercise courtesy although there will be difficulties” he further argued the new head of Traffic.

President of the Bar Association said “the police does not have the discretion to put into effect the proposed changes mentioned by Welsh. Ticketable offenses do not attract jail time … this is only so if you fail to pay the ticket fine” Attorney Lieba head of the Bar Association was reacting to the reassignment of Bishop Dr. Gary Welsh.

“The axe has fallen very swiftly … all in one day with a replacement ….noone is even acting. Asserts Khaliah Reynolds cohost of a popular morning radio show said inter alia … as she commented on the reassignment of Bishop Welsh. The swiftness of his replacement has sent shock waves through the Jamaican society … we at Vision Newspaper have also noted this development.

We are surprised that the PM and Cabinet got involved in this traffic fiasco. Can this be seen as subtle political interference in the operational aspects of the police force? Who is prepared to answer this very loaded question? Efforts to contact PM”s Press Secretary, Naomi Francis were unsuccessful. We were advised to send a WhatsApp. This we did and have given her a deadline to respond.

We got no response. If and when she responds we will further update this perspective accordingly.

We think department heads like the police should nit be perceived as being politicized. We have no evidence that this is so, but if you quack like a duck and walk like one … do not blame an onlooker to say you are a duck. Actions speak more than words.

That is our perspective. What is yours.  Feel free to disagree.

Hopeton O’Connor-Dennie is a veteran journalist who has been watching politics for 50 years. He is also SIC for Vision Newspaper Canada.