WILL JAMAICA BE NEXT? SHOULD THE JAMAICAN (DIASPORA) OVERSEAS DIG JAMAICA OUT OF CHINA DEBT TRAP WITHOUT THE RIGHTS TO VOTE? 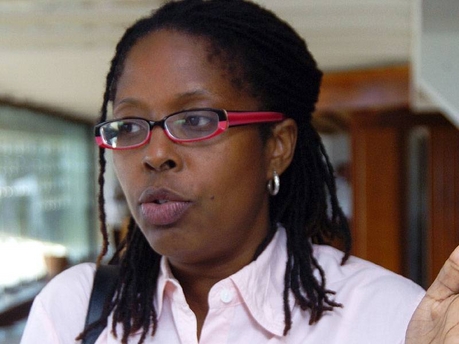 Perspective: There are many questions to be answered with the win of Dr. Angela Brown to replace Portia Simpson Miller as MP in the Southwest St. Andrew Constituency held (by Simpson Miller) for some 34 years. We expected a runaway win since Brown Burke was endorsed openly by video by Portia and who it is reported also did beat the pavement with Brown Burke in over 29 degrees Celsius weather campaigning for her win.

A Slap For Portia

To say Portia’s image, if not her legacy has been seriously tarnished/damaged is to state the obvious. What a pity!  With about 1,900 delegates on record … only 1,105 bothered to turn out to vote. Angela got 593 votes and Audrey polled 502 with some votes spoiled in the process.  A relatively poor showing indeed. A slap in the face for Portia?

Jamaicans dislike shunk-like behaviour or smell.  By and large many of them may be considered not very formally educated but they are not lacking in political savvy ness.  The average Jamaican I know hates injustice and low down underhand dealings. Of course there are exceptions to this unwritten rule.  In this case Portia, Brown Burke and Faulkner seem to be in the exception category.

What Was Peter Phillips’ Role?

Did the Party Leader see no evil and therefore endorsed the wrong obviously being done to fellow Comrade Audrey Facey Smith?Many have opined that Phillips should have objected to the rape of  their constitution.  They were all aware that the nomination period had ended and to reopen same was an abomination. It is widely felt that Phillips demonstrated poor leadership as Party President of the 78 year old People’s National Party.

There is the thinking also that possibly in Portia’s mind Facey Smith lacked the required pedigree to replace her as MP.  To have elevated “dish cloth” to the level of Table Cloth would be unthinkable for Portia and PNP many?  Facey Smith was fine in her place as a “water girl” but as MP … no way.  You too bright Audrey … was likely how the powers at be saw Facey Smith.

We all condemn racism as an affront to decency but oftentimes turn a blind eye to class-ism.  In my perspective they are both to be frowned on.

Is it that Phillips at 68 is being viewed as an interim leader and Brown Burke a relatively young educated and popular senior vice president in the PNP is being positioned for future leadership within the PNP?  We should not rule out this possible “plot.”  Brown Burke is from the East … so were the folks as described in the bible. Are they hidden players in this plot?  Is Phillip Paulwell a hidden player?

In the case of Caesar … ambition was believed to be a factor for his rise and subsequent downfall. This the “Mother of all Betrayals” somehow upstages if not make child’s play of Caesar’s betrayal by Brutus et al. Did it really?