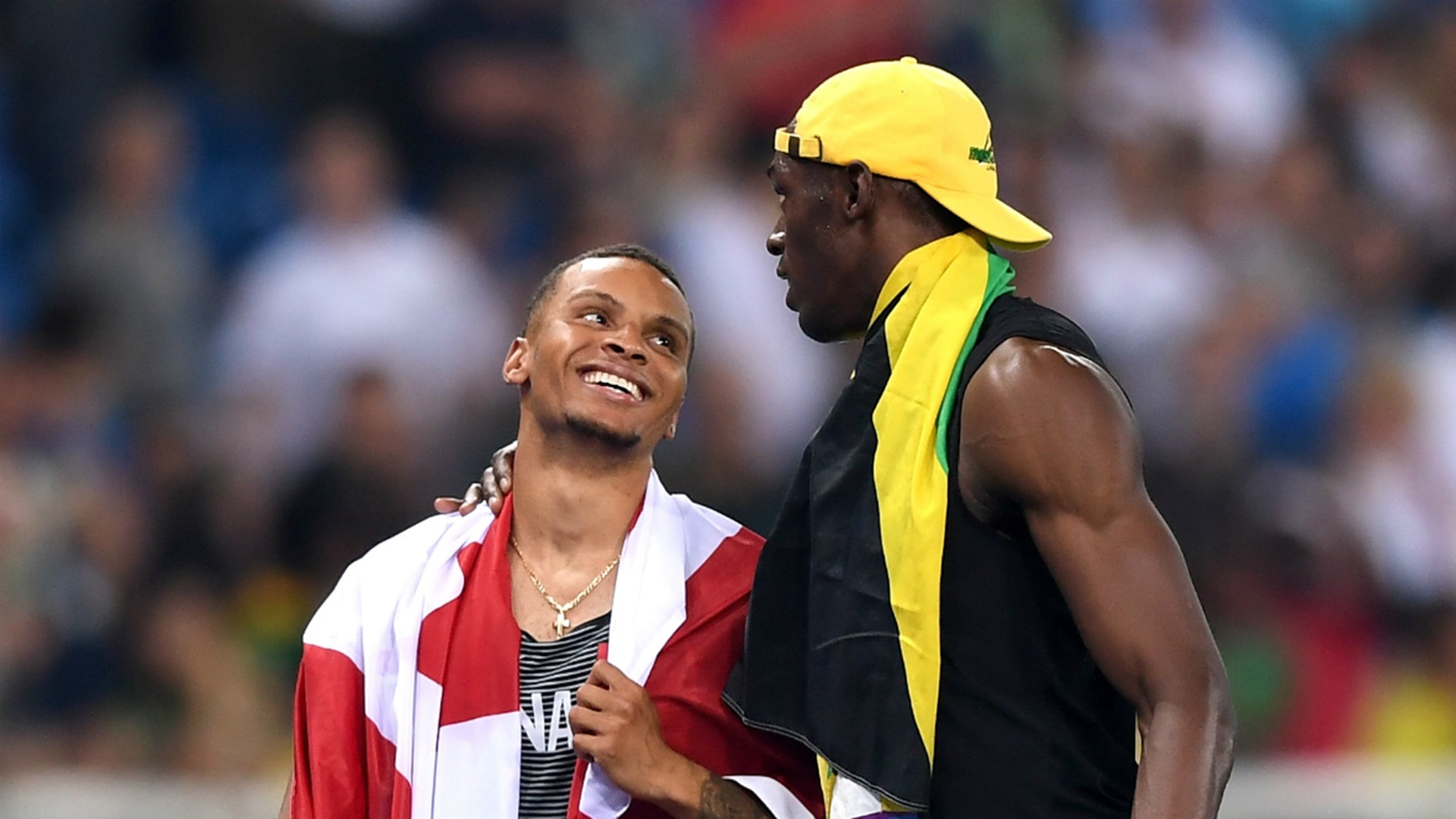 The athletic community was stunned as a Bolt of lightening struck the capacity filled stadium in Rio de Jenario, Brazil. The official 9.81 seconds time was not a world record but just winning was a resounding success for Bolt and the world. The record was the first time that any athlete conservative wins three gold in three Olympics. “I am happy and feel proud”… the triumphant Bolt declared. His post race walk was all around the track as he posed for his pocket of fans.

Du Gresse, the noted Canadian sensation got a touch by the big man that may have been a form of validity as Bolt gave Du Grasse a mini flash of lightening from his bolt. This touch could have motivated the rising Canadian star (Du Grasse).to bronze status. … quite an achievement.

De Grasse may have gotten a bolt of lightening.

Bolt’s success must in my perspective, be viewed from the stand point of a Third World country with limited resources when things are normally the domination of much richer resourced places in the world. Jubilation erupted from pot covers in Jamaica after Bolts win.

We have a lot to be proud of … many are saying Bolt is “immortal” … we will not argue with that designation. In cricket if you score a century in both innings of a game … you are referred to as immortal.