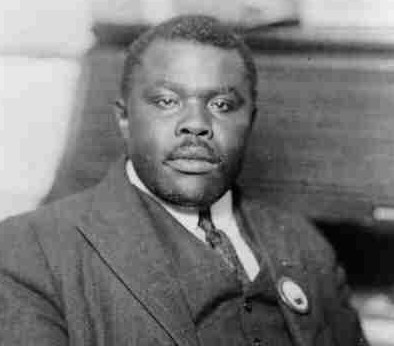 It bleeds my heart when images of grown black people, black men in particular are repeatedly choking up our prisons and court system with even petty crimes. Marcus Garvey and Martin Luther King Jr. dedicated their lives for the improvement of black people … This is a slap to their contribution and legacies.  Rosa Parks had a dream and refused to be relegated to the back of the bus.  It must have been lonely when she took the fight to the bastards… by the then white led racist society in the USA.

White misguided elements, better referred as “white trash” have been perpetrating their racist agenda. In recent times they seem to be emboldened to pursue their race hatred.  Black people at worship in their church at Charlotte, USA, have been slaughtered as if animals. There has been a conviction.

Has president Donald Trump conducted himself with the level of decorum that is likely to send a clear message that “Racism is an affront to decency”. Leaders must lead by example and should make it abundantly clear that their leadership is unequivocal, as they take the moral high ground. Any other stance is unacceptably a let down. 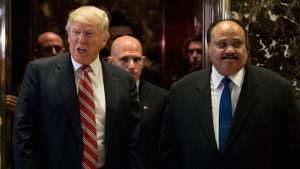 Allegation, yet to be denied by the White House by denying what appears to be a racist comment by Trump is disappointing to say the least.  The Office of the President is expected to be the arch point to unite a nation which is multiracial. Ironically it was the Oval Office where this comment was believed to have been made.  The Oval Office should not be used for such degrading attacks on racial minorities. Haiti and African nations was the target of Trump’s alleged remarks of referring to proud black nations as “Shitholes” . We do hope that Trump was misquoted. Trump’s role is questionable as it relates to people of colour.

State Of The Union

Should Trump’s call for “unity” in his State Of The Union Address 2018 be taken seriously? Is he an hypocrite?  He has also revoked Obama Care which helps a lot of black people to afford healthcare. As for immigration, we can expect greater pressure due to restrictions on Family joining family of American residents/citizens. Jamaicans/West Indians could be greatly impacted. We are known to be economic immigrants. Many of us migrate as we want to better our lives and join/unite with family members overseas.

Trump from all appearances is bad news for people of colour especially during Black History Month. We will not accept glebe comments from any quarters.

It not your pigmentation …
But your contribution
To building our nation …
…… .    .
Conclusion

We wish Black History Month observances,” all the success.

What is your perspective? This is ours. Let us hear from you.

We have long established that “There is no super race” Hitler was very wrong, eh!

Hopeton O’Connor-Dennie is a poet & person of colour who holds the keys to four American cities. He is also Senior International Correspondent & Photojournalist for Vision Newspaper Canada.