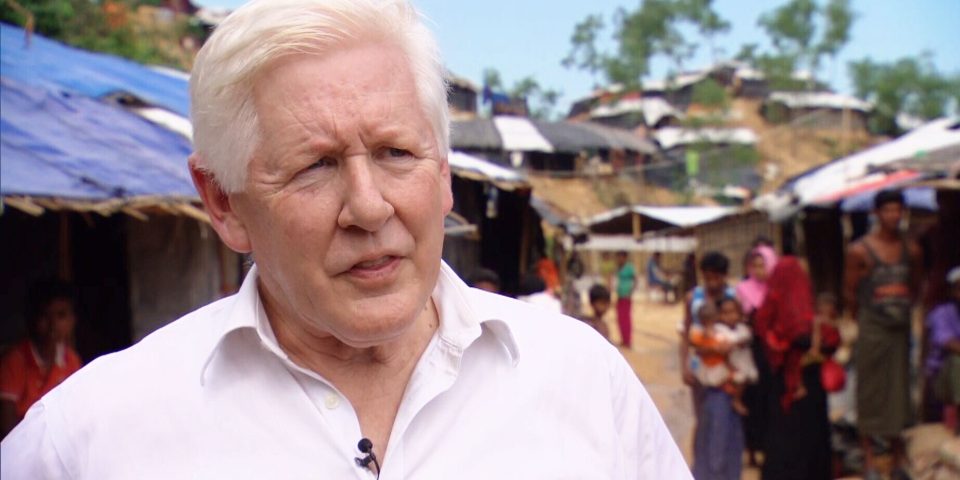 We like to say in Jamaica “What no dead no call it duppy” In otherwords do not write off anyone before their natural death. This aptly applies to former Premier of Ontario Hon. Bob Rae. Yesterday’s politician still making the news today. Please note that we never heard Bob Rae was dead nor are we so implying.

Rohinga Muslims are believed to be being expelled or driven out of Myanmar a predominantly Buddhist state to neighbouring refugee camps in Bangladesh.Reports of ethnic cleansing in Myanmar is despicable if the reports are accurate … it is appalling and an embarrassment to many who have been trying to support the then exiled lady Aung San Suu Kyi who is now free, but is widely believed to be a puppet in Myanmar. Myanmar is supposed to be a democratic state. The army has the real power and  allegedly has had a stranglehold on this tiny country for decades and in the rather clouded scenario it is difficult to know where to cast the blame of atrocities there. Uncovering the truth has been quite illusive.  In an interview monitored by Vision’s SIC, Bob Rae is quoted as saying inter alia “I want to speak to the operatives on the ground before coming to any position on events in Myanmar.”  We endorse this pragmatic approach. Bob was speaking on the 24th October 2017 to Wendy Mesely, host of The National, an internationally acclaimed magazine programme aired on CBC which is widely viewed.

Bob Rae has a delicate diplomatic role to play. He has to carefully study the facts and sift through the information he gathers of the situation on the ground in Myanmar. The last thing we think he wants to do is to alienate or infuriate the army or the “civilian government” in place in Myanmar. Myanmar is proving to be an extremely fragile experiment in democracy.  It would be mean-spirited to strip Ann San Sue of her title of Honorary Citizenship of Canada …  which gives her much international respectability … especially if she is powerless to initiate or stop the alleged atrocities as reported of ethnic cleansing. Let us opt for diplomacy and not the bull in the pen approach. Rae would not be drawn in a speculation on the Honorary citizenship issue re Aung San Suu Kyi.

In my perspective the choice of Bob Rae is a good one. He is no stranger to Myanmar and has considerable status as an elder statesman in Ontario and Canada wide politics. Rae has been there and has done that as they like to say. His interview was refreshing and reassuring that he has the temperament to make a difference in this his new ambassadorial role to Myanmar.

Ambassador Rae is expected to submit an interim report in two weeks time and a full report later.

The army is likely to be reluctant to relinquish power as there is fear of retribution. The situation in Myanmar is very complex and we cannot stay miles away and prescribe a medicine for them.  We have to leave that to “Dr.” Hon. Bob Rae to access the situation and prescribe his remedy. Will it be a bitter medicine/pill or will the patient Myanmar need surgery? Ambassador Bob Rae has his work cut out for him. We at Vision/Gtaweekly Newspapers wish him well and hope we speak for Ontario, Canada and all well thinking persons worldwide.

We have to take a wait and see attitude. This is our perspective. What is yours? Let us get your feedback. The status quo is not acceptable, if reports of alleged ethnic cleansing in Myanmar are accurate.