Perspective: Mother Africa Watch Out … Jamaica, True To Her Roots…

The arrest of two black men at a Starbucks Coffee shop is shameful, disgraceful and an affront to decency.  Their only crime was to want to meet someone and use the bathroom. They were accused of among all things “trespassing.” Coffee shops are where many hang out to meet family, friends, dates etc. They are near bus lines, intersections and street corners. Easy to find and where all should feel welcomed. We note that the manager has since been fired … the only appropriate action to have been taken. Wow!

The mayor has taken the moral position by distancing himself from the arrest of the black men and by extension the whole sordid incident. Good job, Sir.

Black people must stand up and show that we can make a statement that hurts their bottom line. We should frown at Starbucks and show them that as an economic block with spending power we can make a real difference.  And we should not be messed with by anyone, including Starbucks.

Standing Up To Racists …

In the USA Rosa Parks decided to take a stand and and not go to the back of the bus. 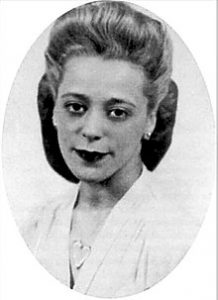 A similar act of defiance occurred in Canada by Viola Desmond who did not role over to die at the theatre, even as she was discriminated against.  She stood up to the racists, even went to jail. Today in Canada the CA$10 note will commemorate her defiant stance (against the racists) with her image to be inscribed on same (in Canada). She is being honoured for making a difference by her action.

We note that there have been street demonstrations at Starbucks since that shameful racist action.

Were the blacks being asked to behave like dogs and use lamp posts etc. to relieve themselves?