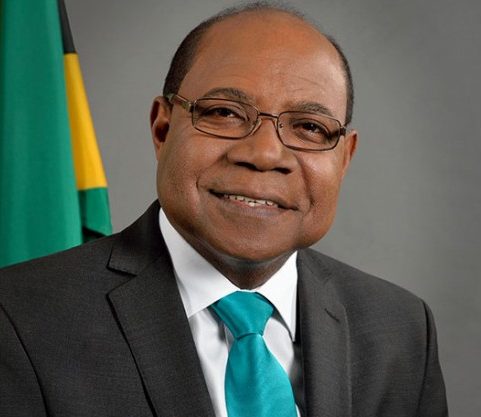 We are disappointed that the powers that be in Ottawa have seen it fit to issue such a Travel Advisory about Jamaica.  Did their Kingston office so advise?

We call on Ottawa to “Produce the evidence to support your Travel Advisory, ” Hopeton O’Connor-Dennie.

It would be sad if the Canadian or any other responsible government worthy of its name would not want to protect their citizens globally. Yes, this is what we elect them to do, but to do so with facts and wisdom.  A travel Advisory is like a potential mass murder with a history of antisocial tendencies/ mental illness being handed a nuclear bomb. Would you not expect from all probability such individual(s) to misuse same?  This is a weapon only to be used in the most dire of circumstances.  The declaration of a State of Public Emergency in Jamaica appears to be not one such opportunity to exploit, from our perspective.

Speaking exclusively to Vision Newspaper, Jamaica’s Tourism Minister Hon. Edmund Bartlett said “We are watching the situation but so far there has not been any fall out from the State Of Emergency that has affected tourist arrivals to Jamaica. ”  Tourists know we take utmost care to see they are safe.

Television footage and interviews by tourists, mainly whites who say ” We feel safe despite the State of Emergency. They continue to flock our beaches although there are increased troops on our streets.

Historically, tourists traveling to Jamaica have been very safe. We have repeatedly stated that fact here in Vision Newspaper that “attacks against tourists are rare.”  Ideologically, we have never been so divisive to attract radicals who want to kill for religion, racism or ethnic cleansing etc. We have never had a terrorist attack in Jamaica. This also applies to the wider Caribbean region.

Jamaica received some four million visitors last year 2017.  Visitors flock Jamaica because they love our people, food, culture and most of all fee safe. The travel Advisory issued by the Canadian Government is suspect.  It bears no relation to the true facts in Jamaica. We would want to know what the real motive is? 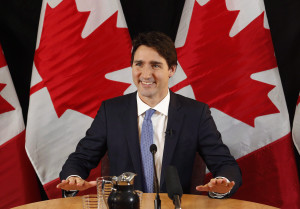 Life Blood Of Our Economy

It is no secret that tourism is the life blood of our economy.  Even primary school students know this fact.  Any attempt to tamper with our life blood is to want to harm us as a destination and ultimately our Island state(s).  Such would be unfortunate if not criminal.  We are calling on Ottawa to withdraw this travel Advisory without delay.

The travel Advisory issued by Ottawa is disappointing to say the least. It is our further perspective that the Canadian Government is most uninformed.  We do not deserve such a treatment from of all persons a Trudeau led Liberal Government. As a friendly government whose economy has benefited from many immigrants especially from Jamaica … it is like biting the hand that has fed you. We are sad at this development and cannot understand why.

The declaration of a State Of Emergency is intended to further make Jamaica a safer place to visit.  Guns not made in Jamaica have been shipped here from North America and elsewhere based on evidence of seizures at our ports.

Most recently a visitor was arrested and convicted on a gun/ammunition related offense. The visitor got a fair trial.  Visitors need to be told that bringing ammunition or guns to Jamaica is illegal.

We hope the travel Advisory from Ottawa will be lifted immediately … It was a wrong decision.

This is our perspective. What is yours.? Let us hear from you.

Hopeton O’Connor-Dennie who is Senior International Correspondent & Photojournalist for Vision Newspaper Canada. Has lived and was a practicing journalist in Canada.